WHY I AM ENCOURAGED

I am encouraged. I see a bright future for the human race, despite the bitter political conflicts raging around the world today. Why am I so optimistic? For reasons that I will attempt to explain here. First, we are beginning a 12,000-year phase of gradual advancement in a 24,000-year cycle. The current advancement of mental virtue began about 500 AD, and will eventually lead to a much more enlightened average state of consciousness than we are experiencing at present; and second, I know that the vicious political conflicts we see today are typical of the lingering negative consciousness of the descending side of the cycle resisting the increasingly positive rationality of the beginning of a new ascent in the cycles of time.

Both radical socialism, with its atheistic suppression of the human spirit, and radical egoism, and its cruel social inequalities, lead to domination of the many by a few, followed by the complete destruction of civilization. But the destructive ideas of both radical left and radical right ideologies eventually cancel each other out, and when this happens, depending upon whether we are in the ascending or descending side of the time cycle, the world is propelled neither right or left, but straight ahead in either a positive direction toward an increasingly bright future, or in a negative direction, toward chaos and destruction. Fortunately, we are now in the beginning stages of a 12,000-year ascending cycle.

In the Holy Science, by Sri Yukteswar Giri, written in 1894, the astronomical and cosmological nature of these 24,000-year cycles are explained, including how this knowledge was saved in ancient writings from the previous periods of high development. Application of this knowledge of the 12,000-year ascending and 12,000-year descending time cycles to the hard facts of the history of our planet explains when and how scientific and spiritual understanding has waxed and waned. It also explains the existence around the world of ancient artifacts like pyramids and stone structures that are inexplicable in the linear interpretation of time assumed by mainstream science. Such artifacts that simply do not fit into the linear interpretation of time, fit perfectly into the ascending and descending cycles of mental virtue, as explained by Sri Yukteswar!

In our new book, Secrets of the Sacred Cube, a Cosmic Love Story, which should be available soon, Jacqui and I explain how, thanks to the loving benevolence of God, the primary form of consciousness, we came to know about the cycles of time and our place in them. Our physical journey together in this life ended at 4:44 PM on December 15, 2018, with Jacqui’s ascension into the subtler dimensional domains of spirit. but her loving spirit is most definitely still with me, projecting support and encouragement, and acting as a go-between, relaying the guidance of our spiritual mentors to me. While I am sometimes aware of their presence, I am not yet spiritually advanced enough to perceive them clearly and hear their voices directly, except on rare occasions; but Jacqui, who is still as real as ever to me, is with them now, and I believe she will be able to maintain our contact until our mission in this life is completed.

I have been blessed to live long enough to observe events of more than eighty years that confirm the cyclic structure of time described above, and Jacqui and I also shared more distant memories of events in a number of lives before this, that suggest that the mental virtue, i.e., consciousness, is also cyclic. We talk about this in our new book. Whether you choose to believe in actual reincarnation, or that we have somatic memories of distant ancestors in our DNA that we accessed somehow, it makes no difference; those memories deepen our experience and understanding of reality, and provide a clearer picture of the nature of consciousness and the logical structure of reality.

I am encouraged by such memories, and by the fact that more and more serious scientists are becoming interested in investigating the connections between the physical, consciousness and spirit. The Academy for the Advancement of Postmaterialist Sciences is currently leading the way, with credentialed scientists looking beyond the rank materialism of the past. This trend agrees with the progress predicted for the ascent of the mental virtue at this point, about 2,518 years into the ascending 12,000-year cycle.

Looking back into the historical events of our previous lives together, and conscious memories of events from the early years of this life, evidence of the over-arching purpose and mission (assigned by our spiritual guides) is apparent: At some point in the distant past, we both committed to helping in the task of preserving truths from the previous period of high development through the lowest point of consciousness and comprehension in the previous 12,000 years of descent of mental virtue. More details are included in our new book.

Embedded in a section on Philosophy and Religion in the Book of Atma, published in 1977, reproduced from essays and notes I wrote in 1958 and 1959, you’ll find the following relevant statements:

The history of man’s progress is written around the struggle to learn “what it is all about”… The essence of existence is differentiation … The instant differentiation occurred, objective reality came into being, but not before. Thus enters the concepts of before and after, or time. … having interrupted the void … you have admitted or established consciousness …  in order to perceive an object, the consciousness, or differentiator must be [conceived of as] existing apart from the differentiated object. Thus enters the concept of space.

Brown’s mathematically elegant development of the calculus of indications, published in 1969, begins with the statement: “The theme of this book is that a universe comes into existence when a space is severed or taken apart”. The differentiation of an object from the rest of the world is a real distinction in the finite world if and only if, it exists in three or more dimensions, because with less than three dimensions, it cannot contain any substance measurable as mass, energy or gimmel, the variable that conveys the logical structure of consciousness into physical form.

Once consciousness is recognized as fundamental, and is included in the equations describing the forms of reality, - and the calculus of indications is refined to become the calculus of dimensional distinctions, so it can be used to describe the interface of mind and matter  – then the mathematical necessity of the continuation of consciousness, with or without a physical vehicle, is indisputable, and the mechanisms for the recall of events prior to one’s birth are open to actual investigation, understanding and explanation. 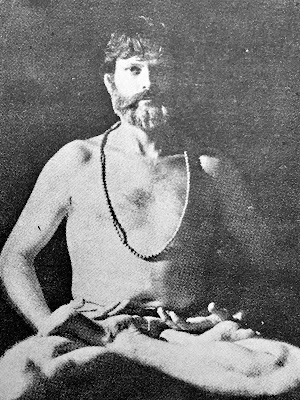