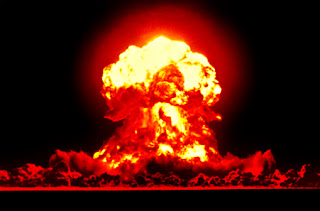 Recently, I posted on my Facebook page a statement that was probably considered by most who read it to be a statement of faith. What if I told you it is a statement based on solid science? For those who may not have read it, here is the statement:

Your life, however bad it may be, whatever you have done, or not done, no matter what has been done to you, or not done to you by others, all of it is forgiven by the Infinite in a quantum moment, this moment. You can be absolutely sure of this because the Spirit breathing life into your body and into all material forms, is not plural, it is singular. Your life is not meaningless. You are a saint in the process of self-realization! The infinite potential of that omnipresent Spirit is the essence of your soul.
Even though you may be unaware of it, Infinite Consciousness. beyond all things, flows continuously from Cosmic Consciousness, through Christ Consciousness, into all beings. Because of this, though you have suffered evil, and endured what seemed like endless pain, even in this moment, it is gone!  Pain, heartache and misery are not forever, like all things physical, they pass; the peace, joy and bliss of Spirit, the essence of your soul, quite beyond human understanding, are untouched. Like the seemingly infinite darkness in an ancient cave disappears with the entry of a ray of light, revealing gleaming crystals in the stone, your suffering is gone! The brilliant diamond of your soul has always been there, and still is there. Your True Self is eternal.
Neither fire nor flood, nor crashing worlds can touch your essence; you are more than flesh and blood, you are the immortal soul.

This statement, sounding like an aphorism from the Vedas or a Christian saint, or at least the metaphysical ruminations of a philosopher, is actually based on the scientific discovery of gimmel, the real non-physical part of every elementary particle and every atom, especially the electron and the atoms forming complex biological organisms. They are the vehicles of life and consciousness. They are Carbon, Hydrogen, Oxygen, Electrons, Nitrogen, (CHOSEN) the physical structures consciously chosen by Spirit. Does this mean the there is no longer any mystery of life? Of course not, because the reality underlying the physical universe is infinite. Spirit is infinite.  Reality will always expand well ahead or our ability, as finite beings imprisoned in finite physical bodies, to understand it.

The step-by-step derivation, scientifically proving the existence of gimmel as the organizing and stabilizing agent of Spirit, is available on this blog site. Simply search for “gimmel” and “Putting Consciousness into the Equations of Science”. I am not the first scientist to intuit the truths of gimmel, but I am the first, with the help of Dr. Vernon Neppe and a few others, to prove it. Planck and Einstein knew that there is something real beyond matter, energy, space and time. I’ve quoted them many times.


“There is no matter in and of itself. All matter arises and endures only by means of a force which causes the atomic particles to vibrate and holds them together to form the tiniest solar system of the universe. … so we must accept that behind this force is a Conscious intelligent spirit. This spirit is the primary source of all matter.”

“Everyone who is seriously involved in the pursuit of science becomes convinced that a spirit is manifest in the laws of the Universe - a spirit vastly superior to that of man, and one in the face of which we with our modest powers must feel humble.”

It didn’t take ten thousand years! We have proved that matter did indeed emerge from the non-material consciousness of life. We did this by demonstrating that no stable structure could form or exist without the existence of gimmel in the very first particle.

“As scientists attempt to understand a living system, they move down from dimension to dimension, from one level to the next, lower level. …I went from anatomy to the study of tissues, then to electron microscopy and chemistry, and finally to quantum mechanics. … in my search for the secret of life, I ended up with atoms and electrons, which have no life at all. Somewhere along the line, life has run through my fingers, so, in my old age, ,,, I am now trying to find my way back.” – Albert Szent-Gyӧrgyi, Nobel Prize in Medicine

I think Dr. Szent-Gyӧrgyi should be very happy to learn about the discovery of gimmel, the essence of life he sought so diligently; the elusive something that although very real, somehow slipped through his fingers. It actually exists in every electron and atom. Unfortunately, Dr. Szent-Gyӧrgyi died in 1986. It isn’t that atoms and electrons “have no life at all”, it’s just that the materialistic science of his time was unprepared to see it.

The bottom line is this: Faith goes beyond the limits of the science of the day, but scientific knowledge trumps belief or blind faith every time.