IS TDVP A FOUR-LETTER WORD?

We sometimes get the question: “So, WHAT IS TDVP??? What does it mean? –In one simple sentence, please”!! TDVP is our (Close and Neppe) attempt to explain things in a way that will allow us to answer any question we may think of to ask. “Oh, then it’s a Theory of Everything, right?”

Well, yes and no. If you mean it as physicists think of it, where everything is matter and energy in space-time, then yes, but if you mean a REAL theory of everything, then no. A theory of everything has to have everything in it, and since 1931, with the proof of Gӧdel’s Incompleteness Theorems, we’ve known that no consistent logical system is ever complete. If reality is a consistent logical system, which I believe is a self-evident fact, otherwise there could be no laws of nature, then there can never be a theory of everything. With all due respect to the super-intelligent logicians who have struggled with this question, talking about the logic of Boole, Turing machines and artificial intelligence, it is really quite simple: Anyone with a bright two or three-year-old, already knows this, because he/she has experienced some version of the following verbal exchange:

Because air scatters blue light more than any other color, sweetheart.

“Why does air scatter blue?”

Because air is made up of certain things we call gasses.

“Why is air made of those things?”

(Here the parent’s answer may differ, depending upon his/her knowledge of atmospheric science and/or his/her belief system.)

Because of the way the world was made (or formed).

“Why was the world made that way?”

Because Nature (or God, take your pick) made it that way.

And, as any parent knows, any subsequent answer whatsoever, will be met with another ‘Why?’ followed with another ‘because’, and another ‘why?’, ad infinitum.


To the true believer in materialism, TDVP may well be a four-letter word! But many people would like to know what it is; not in mathematical or scientific jargon, but in plain English. Just what do these four letters signify? Let me see if I can answer.

There can be many four-letter words with many different meanigs.
Using the formula for permutations (mathematicians’ fancy word for combinations with repetition allowed, e.g.: AARP, BARB, CROC, DADS. EKES, FOOF, GOGO, HAHA, IBID, JAZZ, KOOK, LULL, MAMA, etc.),  P = 264 equals exactly 456,976 different four-letter combinations can be formed from the 26 letters of the English alphabet. However, not all of them are used as words. For example, ZQPR and XJOX are not words. Computer searches of English dictionaries reveal that there are around 5,000 four-letter words used in the English language. So, just using four-letter words, a lot of thoughts can be conveyed, with meanings as varied as the acceptable and pleasing softness of GOLD, to the unacceptable nastiness of TURD. Now, add to that four-letter acronyms that can stand for four different related ideas, and you may have an idea of the power that any four letters can have.

Notice that letters and combinations of letters are neutral and meaningless by themselves. It is not the words or acronyms, but the thoughts your mind associates with them that pleases or offends. Letters and words are just symbols that may serve to please or annoy, enlighten or confuse. So, when you see the four letters TDVP in my blog posts, are they meaningful or confusing? Obviously, TDVP is not a word, it’s an acronym, but what does it convey? does it help or annoy? Is it a golden key to understanding, or a repulsive turd?
So, what is TDVP?
It stands for the Triadic Dimensional Vortical Paradigm, where by ‘Triadic’ we mean three-fold. By ‘dimension’ we mean measurable extent. ‘Vortical’ means spinning, like a tornado or whirlpool; and ‘Paradigm’ means a logically structured pattern of symbols describing everything we know about reality at this point in time. In these blogs, as well as in a number of papers, books and articles, we have explained what we mean by triadic, dimensional, vortical and paradigm in great detail. But when is explaining enough?

Albert Einstein is quoted as saying: “If you can’t explain it to a six-year-old, you don’t understand it yourself.” In the case of relativity, he must have meant a six-year-old with an IQ of around 160 or above. And TDVP is an order of magnitude more complex that general relativity.

He also said: “Two things are infinite: the universe and human stupidity; and I'm not sure about the universe.”

It seems that it is a widespread characteristic of human nature to conflate, confuse and misunderstand.
But, somewhere between these two quotes, you’ll find the twenty-five-words-or-less definition of TDVP. Here’s my attempt:

TDVP is a shift from belief in scientific materialism to an understanding of reality that includes consciousness in the equations, and spirituality in the paradigm.

I choose the latter. 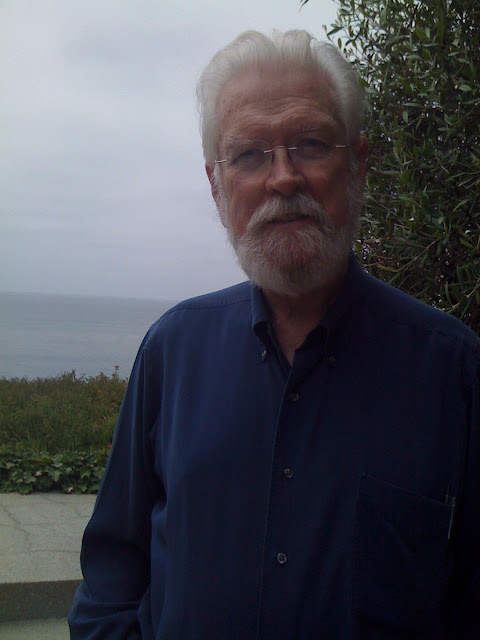