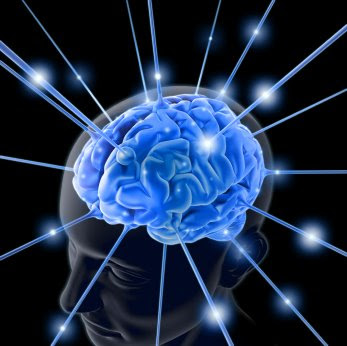 COME EXPLORE THE PHENOMENA OF MIND
What do I mean by “the phenomena of mind”? I’m talking about mind as I experience it, of course, i.e., what I think of as my mind, because that is the mind I know. But, why would I be egoistic and self-centered enough to think that you might want to explore the phenomena of  my mind? What is different about my mind? Is it really worth spending your precious time and energy to try to learn about things that I have thought about or may be thinking? --Maybe.

In 1958, I had the rare privilege of visiting for a brief while with a man who, my friend, who introduced me to him, said was over 100 years old at the time. He was known as Dr. Mahija. I was an undergraduate college student, and because I was impressed with Dr. Mahija’s wisdom and knowledge, I expressed a desire to return and learn from him. His response was: “You can do as you wish, but I’ve found that most people know far too much to learn anything from me!”

More than 60 years later, being a senior citizen myself now, I appreciate the truth Dr. Mahija spoke that day far better than I did then: Most people are not interested in what you or I think. Most people are pretty much closed-minded and self-absorbed. That is only natural, however, because, after all, for most of us, it is our own life and immediate family and friends that are important to us and our happiness and success, or failure and frustration as human beings.

There is no denying that your own consciousness is all that you normally experience directly. Everything else, you must learn about very indirectly through reading, hearing, and a process of observation and inference. Images of the rest of Reality, the reality that exists outside of your own mind, is automatically filtered through the lenses of your own belief system, a unique system that has been carefully crafted by acceptance of authority, and to some extent, by your individual efforts to think about the world and your place in it.

That which does not appear to be understandable within your belief system, is generally ignored or rejected by your brain in such a definite way that you will give it no credence, and you may never even remember that you encountered it at all.  We’ve read, for example, of aboriginal tribes living on remote islands, who literally could not see massive sea-going vessels that anchored near their islands, because their brains had no images in them with which to compare these huge objects, and so their minds simply rejected the alien images as meaningless.

As human beings, our perceptions are very limited. We are only capable of seeing a very thin band of the spectrum of electromagnetic energy, and of hearing only a very limited range of vibratory sound. If, suddenly, we were able to see and hear the vibrational frequencies generated by things that exist in dimensional domains beyond those to which our physical senses have access, then, like the aborigines, our brains would ignore and/or reject the images generated by those unfamiliar energies, and remain ignorant of  the existence of the things that generated them. The human brain, and perhaps those of other sentient creatures, for purposes of creature comfort, protection and survival, are designed to fill in, and even pave over, i.e., replace, unknown images created by what we perceive, with images with which we are already familiar.

Among the 370-plus posts in my Transcendental Physics blog there are discussions, papers, proofs, poems, and ideas that I think may appeal to many. There are posts that will strike a familiar chord with you, and there may be things that will have no meaning for you, but I believe that there may be some things there that are important for you to know about, some things that are real, but that you might never encounter elsewhere. But just my belief that this is the case is probably not enough to motivate you to explore very many of the posts to be found there. Why should my posts be any more important or meaningful than the millions of other well-developed ideas and concepts that are out there to  be found on the internet today? I’ll try to answer that question in the following way:

Almost ten years ago, when I was 72, I learned that I had a gift. It  was a gift that, apparently, I had had all my life, but a gift I didn’t really know about. By a gift, I mean something one is ostensibly born with, that is so rare and highly developed, that it is far beyond that which the average person can experience. It seems that I had an extraordinarily high IQ. Not just a MENSA-level mental acuity, but a one-in-a-billion, extremely rare intellectual gift.

In my opinion, it was a blessing that I never knew that I was exceptionally gifted until late in life, because I’ve seen what happens when one person or a group of people come to believe that they are superior to everyone else. I lived through World War II, all the wars we’ve been involved in since, and more recently through the rise of political correctness. Belief in the absolute superiority of a person or group of people over everyone else, is very dangerous, and absolutely crippling for individuals, society and the progress of civilization in general.

Our country was founded on the idea that absolute power corrupts absolutely. The idea that there are kings, persons of royal blood, or divine descent, who by virtue of their inherent superiority, are entitled to tell the rest of us what to think, say and do, was rejected by our forefathers, who left other parts of the world, primarily Europe, to escape such tyranny.

The statement that "All men are created equal" was a basic part of the philosophy of those setting up the government of the United States of America. Historians have called it “the most important single phrase" of the American Revolution. Thomas Jefferson used the phrase in the U.S. Declaration of Independence, the declaration of independence from the British Empire. He committed it to paper in 1776 at the beginning of the American Revolution. After that, it was quoted in writings and speeches by many of the most important people in the early political and social life of our nation. The final form of the phrase was penned by Benjamin Franklin. His wording of the idea appears in the second paragraph of the Declaration of Independence as follows:
“We hold these truths to be self-evident, that all men are created equal, that they are endowed by their Creator with certain unalienable Rights, that among these are Life, Liberty and the pursuit of Happiness. That to secure these rights, Governments are instituted among Men, deriving their just powers from the consent of the governed.”
But, what do these words actually mean? What did they mean to Thomas Jefferson and Benjamin Franklin? What did they mean to the King of England? What are they interpreted to mean today?
When these words were written, only 242 years ago, New England was dominated by a group of wealthy men, i.e., men who owned property. This group of men, to which Jefferson and Franklin belonged, were declaring their independence from the oppressive rule of the King of Britain and Ireland, King George III. Most of these men, including Jefferson and Franklin, in addition to owning real estate, also owned slaves.
The safety and well-being of women, children and the elderly, in an often-hostile environment, was the responsibility of these men, a responsibility which they took very seriously. While family members were not considered “property” in the same sense that houses, land, livestock, and slaves were, they were not considered equal to the men either. In the early days of our country, women, children, slaves and men without property were not entitled to vote. That right was reserved for property-holders, i.e. men, who, had a significant stake in the future of the country because they owned part of it.
Before you condemn these slave-owning men who were the founders of our country, bear in mind that this was a huge and important step away from the conditions prevalent in the rest of the world, where virtually no one had any rights except those granted to them by the ruling class of kings and priests, who were believed to be anointed and ordained by God to rule over them. In the many Kingdoms around the world, everything belonged to the ruling class, including even the subjects who were allowed to inhabit the kingdoms, and their personal circumstances, good or bad, were meted out solely at the pleasure of kings and priests. And our founding fathers didn’t invent slavery. Slavery existed throughout the rest of the world. It began in the dawn of human history as the practice of conquerors forcing the conquered to do the manual labor required to repair the ravages of war and to maintain the empire thus established.
Today, we’d like to believe that the idea that “all men are created equal” refers to not just men, but at least to all human beings, maybe even to all living things in some sense. But we also have to recognize that this equality can probably only be true in some sort of spiritual, or overall potential sense, not in the literal sense of physical or mental traits. Clearly, most of us were never physically equal, at birth, or any other time, to Shaquille O’Neil, nor are any of us intellectually equal to Albert Einstein or other geniuses of the past, or present. Jefferson and Franklin were not stupid men; they could look around and see that there were others who were their superiors in any number of ways. With these words, however, they were expressing an ideal upon which they believed a better government could be established.
To be gifted physically or mentally does not make one intrinsically superior to anyone else. But everyone should be free to use and develop their own unique gifts to the maximum extent possible in his or her lifetime, otherwise such gifts are wasted. But no one should be condemned or looked down upon for their gifts or lack thereof: Prejudice and reverse prejudice are two sides of the same evil coin, and should not be the basis of condemnation or avoidance.
So, please have a look at the ideas, poems, discussions, cogitations and proofs recorded in my blog, with an open mind. Maybe you’ll find something of value there. Please read and consider as many of them as you will. I don’t claim to be all-knowing or infallible. The possession of the gift of a  high level of intelligence does not preclude error or fallacy. The smartest person in the world can still be wrong, and wisdom is often simple and plain. But civilization moves forward with the fuel of new ideas, and my blog posts contain some new ideas, including the discovery of the mathematical and physical necessary of the existence of a non-physical aspect of reality we call gimmel. Each post in the blog has a list of Key Words and Phrases. Type in those that are of interest into the search box, or make up some of your own, and explore!
I will appreciate any feedback, questions and comments, positive or negative.
--Edward R. Close 6/6/2018