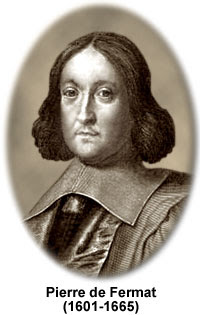 Introduction
Fermat’s Last Theorem (FLT) is perhaps the most famous mathematical theorem of all time. Pierre de Fermat wrote in the margin of a book in 1637 that he had found a marvelous proof that there are no positive whole number solutions to the equation xn + yn = zn for n>2. His proof was never found. For more than 300 years mathematicians tried to find a proof, and failed. In 1964 and 5, while teaching mathematics, I produced a proof which I first submitted to another professional mathematician in 1966. Because my proof was completed in 1965, I call it FLT65.

My proof was rejected by the first professional mathematician to see it. It was rejected for a reason that was easily refuted, but I did not follow up immediately because of unrelated commitments and life in general. Because I was discouraged by the unwarranted rejection, I did not submit it again for some time. I just went on with my life.  In order to document the history of FLT65, however, and in the hope that someone might take notice, I continued submitting it to mathematicians and published it as an appendix to a book in 1977.

To see FLT65 as it was submitted to the first reviewer on January 25 1966, copy the link below and paste it into your web browser.

This link will take you to a lengthy discussion of FLT65. To see the original submitted version, scroll down to Appendix C.

I have submitted FLT65 to more than 50 mathematicians over the years, and only a few of them who responded actually offered any mathematical arguments attempting to disprove FLT65. And while a precious few have admitted it, none of them were able to produce a valid refutation of FLT65. Because I believed it would eventually be recognized as a valid proof, I have carefully documented the submittals and responses.

You might well ask: if no one has refuted FLT65, why hasn’t it been accepted? The answer to this is an interesting story by itself. To learn the details of the history of the odyssey of FLT65, copy the link below and paste it into your web browser.

When British mathematician Sir Andrew Wiles’ proof of FLT was accepted in 1994, I saw no reason to resurrect my proof. After all, FLT had finally been proved! But Fermat’s claim of a ‘marvelous’ proof was still not confirmed because Wiles’ proof contained many complex mathematical concepts that were not available to Fermat in 1637.

Please note, that, even though most mathematicians think he was mistaken, Fermat’s claim has not actually been invalidated.

Why am I resurrecting FLT65 after all this time? I would not have revisited FLT65 at all except for the fact that when I applied FLT for n = 3, 6 & 9, as part of a mathematical procedure analyzing quantum phenomena, FLT65 came to light, and even though FLT had been proved long ago for the values of n relevant to the application, and a general proof of FLT was not necessary for the analysis, FLT65 was challenged, but still not disproved. My intent in this article is not to re-hash old arguments, but to simply state the simple steps of the proof in terms that anyone familiar with basic algebra can understand and provide links to the historical details.

The Basic Concepts of the FLT65 Proof
The following steps summarize the logic and mathematics of FLT65. For brevity, I will not present proofs of the steps here because they are so easily proved that they can be proved by a bright high school algebra student. If these steps aren’t obvious to the reader, or the reader doesn’t care to prove them for him or herself, proofs are proved in the articles accessible through the links provided above.

STEP #1: The first step in FLT65 was to provide a rigorous proof of the division algorithm and its three corollaries. The reason I provided this proof first, even though it was well known to mathematicians, was to show that it applies to all polynomials across the field of real numbers, including integers, and to highlight the fact that the uniqueness of the dividend and remainder allows the all-inclusive “if and only if” of Corollary III. These points were pointed out in FLT65.

STEP #2: If there is an integer solution for Fermat’s equation: xn + yn = zn, to prove or disprove it, we need only consider n as prime numbers, p >2, and x, y, and z as relatively prime positive integers. Proof of this is included in FLT65 allowing us to proceed to Step 3.

STEP #4: It is easy to show by simple algebraic division that the only common factor that may be shared between the factors of the Fermat equation is the integer p, and since x, y, and z are relatively prime integers, if either x or y contains p as a factor, the other cannot. See the proofs of this in the original proof in the link above. So we can let y represent the one that does not contain p. It then follows that the two factors of the left hand side of the first equation of step 3 are relatively prime and thus are perfect p-powers of integers. Thus, by inspection of

STEP #7: Corollary III of the division algorithm says that f(z) is divisible by z –a if, and only if, f(a) = 0. But, since f(a) is the sum of p positive integers, it can never equal zero. Thus by assuming there is an integer solution of zp – xp = yp, we have produced a contradiction proving Fermat’s Last Theorem.

Discussion
Note that the case n = 4 is not addressed in this proof. It was overlooked in FLT65, but this was not a problem because there were several known proofs for n = 4, including one by Fermat himself. A proof for n = 4 is given in Appendix B of the article accessed by the first of the two links provided above. So FLT65 is effectively a complete and valid proof of FLT; but approximately 90% of the mathematicians to whom the proof was submitted over the years did not respond at all. This is because, before Sir Andrew Wiles’ proof was accepted, professional mathematicians received hundreds of supposed proofs of Fermat’s last theorem per year.

If you’ve ever taught mathematics and had to evaluate proofs developed by students, you know it can often be very challenging and time consuming, and attempts at proofs by amateur mathematicians are usually filled with all kinds of errors. In addition, because in more than 300 years, so many first-rate mathematicians had tried to prove or disprove FLT and failed, most mathematicians consider reviewing such ‘proofs’ a waste of time.

I’m sure that this was the reason the first mathematician to whom I sent it rejected it. The reason he gave, however, was that, if FLT65 were true, it would also apply to the case n = 2. [When n = 2, we have z2 – x2 = y2, which does have integer solutions known as the Pythagorean triples, e.g. 3,4,5]. Of course by giving this reason for rejecting FLT65, he revealed the fact that he hadn’t read it, because it is clear to anyone with basic math skills reading the first page that the method of proof of FLT65 doesn’t apply to the case n = 2.

Of the 10% who did respond, most gave the opinion that there had to be a mistake somewhere, but failed to point one out, or provide any mathematical argument supporting their opinion. Of the remaining recipients of FLT65, only a few provided any sort of mathematical demonstration supporting their opinions. Those responses are presented in the article accessed by the links provided above. Those arguments were all easily refuted. However, one of those demonstrations, actually offered with different numerical values by three reviewers, is worth mentioning here because it is a classic example of inadvertent misdirection, and it also shows how tricky a proof of FLT can be.

The argument they put forth was that the division algorithm and corollaries certainly apply to algebraic polynomials, but they may not necessarily apply to the integers obtained when, for specific integer values of z, a and X1, the algebraic polynomials z-a, f(z) and f(a) are reduced to single integer values. This is an interesting conjecture, but none of the reviewers attempted to prove or disprove it, instead they offered what they thought were counterexamples to FLT65 for n = 3. They selected integer values of z, a, and X1 that, when substituted into f(z) and f(a), produced an integer value for f(z) that contained the integer z-a as a factor, even though f(a) did not equal zero, appearing to violate corollary III of the division algorithm.

It is worth contemplating this argument a little more deeply for a moment, because by doing so, we expose the fact that such a demonstration is not actually a counterexample, but is in fact, an inadvertent misdirection, shifting attention away from the fact that z must be part of an integer solution to the Fermat equation. It is not hard to find positive integer values for z, a, and X1 such that f(z) is divisible by z-a, and of course f(a)= ap-1+ ap-2X1 + ap-3X12 +•••+ X1 p-1 will still be non-zero because all the terms are positive integers. But because the values of z and a selected have no relation to the Fermat equation, these demonstrations have no bearing on the logic of FLT65.

I think these reviewers were so intent on trying to find a way to disprove FLT65, which they were convinced from the beginning could not be valid, that they were blinded to the fact that, if their ‘counterexamples’ were valid, they would actually have provided integer solutions for zp – xp = yp, directly disproving FLT, and thereby also disproving Andrew Wiles’ proof.

So after fifty years, FLT65 still has not been refuted. Those who tried have failed, but only a few besides myself have accepted it as valid. Many of the mathematicians who have reviewed it believe it cannot be valid, and two even claimed to have refuted it, but their arguments were easily disproved. See the details in the links provided above.

After fifty years, I would like to have closure; so anyone out there who believes the proof is faulty or incomplete is challenged to provide irrefutable mathematical proof that I can understand supporting that belief. If you can prove to me that FLT65 is wrong, I will acknowledge you proof and send you a check for $100.

Unlike Sir Andrew Wiles’ proof of FLT, which is hundreds of pages long, drawing on a very sophisticated knowledge and understanding of elliptic functions and modular algebra, FLT65 is a relatively simple proof relying only on basic mathematical principles. I believe that Pierre de Fermat will rest easier when FLT65 is recognized as valid, because it proves that he could have proved his famous theorem with mathematics available in 1637. But even if FLT65 is proved wrong, I, and perhaps even poor Fermat will have closure.
Posted by Edward R. Close at 8:20 AM