THE PARADIGM SHIFT TO CONSCIOUSNESS 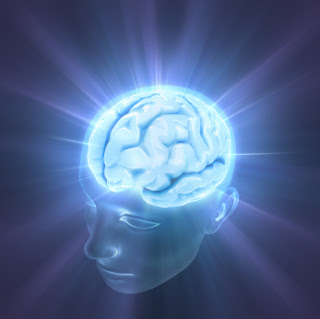 A SUMMARY OF THE PARADIGM SHIFT TO CONSCIOUSNESS
With this post I have now published 212 dissertations on this site. They have been posted over the past 3 years and 8 months in an effort to make the results of the work of a lifetime of almost 80 years available to anyone who is interested. For many years I have believed that mainstream science has tragically wandered into the dead end of materialism, and I have also believed that it can be put back on the track to real discovery and positive progress by recognizing that the physical universe available to our senses is in fact, only a small part of reality. I also expected that when consciousness is properly included in the equations comprising the scientific model of reality, new horizons beyond belief would be opened. That expectation has been slowly realized over the past 30 years. The pace of important findings and discoveries has increased significantly over the last six plus years during which I have worked in collaboration with Dr. Vernon M. Neppe.

In this post, I will attempt to summarize what I consider to be the most important findings in a way that anyone can understand. I believe it is important that I do so, because right now is the time that the truth I have been privileged to help bring to light is more important than ever before. We stand right now at the most critical juncture in human history. We can choose to go beyond the limitations of mechanical animal existence with the development of human consciousness and achieve the real purpose of all existence, or we can become just another failed species. The choice is ours.
Why is this information so critical at this time? Because mainstream science, while wonderfully successful at improving our animal comforts, technical applications, and the ability to destroy ourselves, has failed us miserably by turning its back on the part of reality that is most important to our survival: the spiritual essence of being, of which physical existence is but a miniscule part. It is time for scientists to open their eyes to the vast reality that lies beyond the purely physical.

THE PURPOSE: SPIRITUAL PROGRESS
The most important development of human civilization, and consciousness in general, is real spiritual advancement. Physical and intellectual development can be supportive of spiritual advancement, but they are secondary to genuine spiritual progress which underlies and drives all positive change. Social, political and philosophical development have often run counter to real spiritual advancement because institutional behavior tends to magnify the weaknesses and negative traits of the individual. The larger the institution, even though it may be organized with good intent, the more it magnifies negative tendencies. We will allow things to happen in the name of country, organized religion, or even institutional science that we would never do as individuals.

The idea that mathematics and civilization have advanced from virtually nothing to the current status during the past 3000 years is a fiction derived from the egoism of Western science, and it is a fiction not supported by fact. It is more likely that the viewpoint of Sri Yukteswar Giri (“The Holy Science”, written in 1894), derived from ancient Vedic texts, is true. Sri Yukteswar concludes that the development of consciousness, and consequently civilization, is cyclic, like everything else. There is ample evidence for this all over the planet. There are many megalithic structures dating from during, and even before the known ancient civilizations that we cannot duplicate today. The construction of many of them, like Gobeki Tepe in Turkey (dated about 10,000 BC), the Aswan obelisk (dated about 1500 BC) and Puma Punku in Peru (dated about 500 AD) required mathematics and engineering techniques unknown to mainstream science today.

MATHEMATICS REFLECTS THE LOGIC OF REALITY
The three threads of mathematics reflecting the logic of reality are the threads of geometry, algebra and number theory. How do these three aspects of mathematics reflect and describe the nature of reality? The images constructed in conscious minds depend upon the ability of conscious entities to recognize distinctions, - first the distinction of self from other, and then the recognition of finite distinctions (objects) within self and other. Distinctions consist of distinct shapes, with specific properties and meanings. Shapes, (geometric forms) are described using variables of extent, like height, width and depth. Distinct shapes may contain variable amounts of mass and energy, which may be described using variables of content. Distinctions existing in reality may also have other properties that impact the consciousness of the observer, or have meaning to the observer, like mechanical or organic motivation, that may be described in variables of impact or intent that are relative to the status of the observing entity.  Mathematics is the logical language describing the distinctions making up the structure and dynamics of reality in terms of the variables of extent, content and impact or intent.

WHAT IS A CALCULUS?
A calculus is a system of logical operations that permit calculation, where calculation is defined as the transformation of distinctions of one form into an equivalent distinction or distinctions of another form or forms. The operations that make up a calculus are the logical processes of the differentiation of variables, combination of shapes and integration of the properties of the distinctions to which the calculus applies. Every calculus has an arithmetic, an algebra and a scope of application. The details of calculi in general and the differential and integral calculus of Newton and Leibniz in particular, known for 300 years as ‘the calculus’ are beyond the scope of this post, but can be found in advanced mathematics texts. But it is relevant here to point out that the arithmetic of a calculus is based on quantitative distinction, enumeration and equivalence, and the operations that define the arithmetic are addition, subtraction, multiplication, and division, which may be commutative and/or associative, depending on the properties of the group of distinctions to which it applies.

FINDING THE APPROPRIATE CALCULUS TO MODEL REALITY
As explained in previous posts, the calculus of Newton and Leibniz is only applicable in the mid-range scale of reality. It yields erroneous results at the extremely large scale of relative velocity and space-time, and it gives inaccurate, and sometimes wildly incorrect results at the extremely small scale of the quantum. The solution at the upper extremes of observation and measurement is not difficult. Accurate calculations and predictions are obtained by applying relativistic corrections. But the solution at the lower extreme is a bit more difficult. It requires a calculus of discrete variables. Some of the elements of such a calculus are already available to us in the works of some of the mathematicians and scientists listed above. They are specifically: Pythagoras, Euclid, Diophantus, Fermat, Planck, Minkowski, Einstein, Gӧdel, Pauli, and Brown. Adapting and expanding Brown’s Laws of Form, applying Gӧdel’s incompleteness Theorem, the multi-dimensional approach of Pauli and Minkowski, Einstein’s relativity, Planck’s quantization, the Pythagorean theorem, Euclid’s axiomatic approach, and Fermat’s Last theorem (see the Posts on putting consciousness into the equations), I derived the Calculus of Distinctions, Dimensional Extrapolation, the Conveyance Equation, and the TRUE quantum unit, as the most basic distinction of quantized reality. This approach completes the re-uniting of geometry, Diophantine algebra and number theory in a logical system capable of modeling reality. The result is the new mathematics of TDVP, the appropriate metaphysical basis for exploring the nature of reality.

SUMMARY OF THE SUMMARY
The Triadic Dimensional Vortical Paradigm (TDVP) has provided a comprehensive model resolving paradoxes, and answering numerous questions that have puzzled mainstream scientists for decades. See lists and details in previous posts. The mathematics of TDVP describes the quantized geology, algebra and numerical nature of reality in terms of a truly quantum unit, the Triadic Rotational Unit of Equivalence derived from Large Hadron Collider data, and the principles of relativity and quantum physics.

Application of TRUE analysis to quarks, electrons, protons and neutrons, and the natural elements of the Periodic Table, has revealed a reality of three spatial dimensions, three time-like dimensions, and three dimensions of consciousness embedded in an infinite substrate of intelligence. It has also revealed the necessity of a third non-material form of the essence of reality that must exist in the universe in order for the dynamically stable structures of the universe to exist. So now we know why the universe is so fine tuned for life. Finite manifestation of Cosmic Consciousness, in the form of gimmel, the third form of the essence of reality, had to exist before the first particle of the physical universe could form, and thus we have the answers to the most basic puzzles of all: Why there is something instead of nothing? Who are we, and what is the meaning of existence and the purpose of life?

We are sparks of the Infinite, inhabiting finite vehicles in space-time in order to learn how to live and grow into our cosmic potential.
Posted by Edward R. Close at 9:27 PM