BEYOND MATH AND PHYSICS: LIFE AND CONSCIOUSNESS 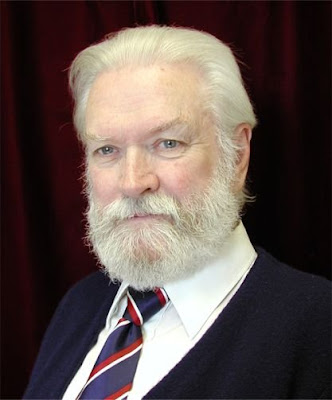 BEYOND MATHEMATICS AND PHYSICS: LIFE AND CONSCIOUSNESS

Mathematical Physics and Poetry
As you know, if you’ve read my resume, I am a physicist, mathematician and engineer by formal education and training. But, more importantly, before and after that, I am a human being. The purpose of this post is to put the findings of the Triadic Dimensional Vortical Paradigm (TDVP) into proper perspective: the perspective of life. Because, after all, without the existence of living, breathing, thinking beings, all the discoveries of science would be worthless. The mathematician (the first degree I earned) deals with things that can be measured and thus represented by numbers. The physicist (what I thought I wanted to be from the age 14) uses mathematics to describe relationships between matter and energy dynamically interacting in time and space. These two subjects, math and physics, are considered by most people to be difficult, complex, and virtually incomprehensible without extensive education. This, however, is a misconception perpetuated by the naiveté and egos of physicists. Mathematics and physics are, in fact, the simplest of subjects, because the complexities of life and consciousness are ignored. A science, whatever it is called, that considers only the interaction of matter and energy in space and time is a simple science. But it is easy for an academic mathematical physicist to forget this, and this deliberate ignorance of anything that cannot be weighed or measured, coupled with the arrogance of ego, leads them to imagine that they can produce a ‘theory of everything’!

True innovative, visionary scientists, of which there are precious few, know how little they know. I believe Albert Einstein was one, because he said “It is amazing that we can understand anything” and his motivation was to “know God’s thoughts”, in contrast with many mainstream scientists who “have no need for concepts like god or divinity”. In my opinion, anyone who claims to have a Theory of Everything (TOE) is simply announcing his or her ego and ignorance. Believing you can produce a TOE is mental masturbation, leading to intellectual impotence. Belief in scientific materialism is belief in a sterile universe devoid of life. A real scientist should be a poet, whose language is mathematics. A poet realizes that his words can never completely capture the majesty of reality, or the amazing miracle of life.

A mathematical statement like E=mc2 is actually a poem dealing with things that we can observe and measure. Mathematics is a simple language, a language striped of meaning beyond weight and measure. But, like a poem, it can hint at the fullness of reality that exists beyond weight and measure. You can see that mathematics is just a simple language by realizing that the left-hand side of an equation is the subject, the equals sign is the verb, and the right-hand side contains the object, and indirect object of the statement. Complex mathematical functions can contain adjectives, adverbs, infinitives, and participles, but they are still just simple statements.

Quantum Statistics and Physical Laws
Like a good poem, the mathematical statement of a law of physics states an underlying principle that predicts the probable outcome of an observation. Why do I say “probable”? We’d like to think that an equation like F = ma (Newton’s Second Law of Motion) is exact. It says the force possessed by a moving object is equal to its mass times the acceleration behind its motion. It is exact, however, only if the object’s mass is constant over space and time. For general purposes, the law works, for instance in determining the force with which a car traveling 60 miles per hour strikes a tree. If, however, the object is a space craft or rocket traveling at a velocity near the speed of light, the statement is inaccurate. But it is even worse than that: reality is messy relative to mathematical expressions. A physical object is made up of billions of molecules, atoms, electrons, protons, neutrons, and quarks. The molecules, atoms and sub-atomic particles that make up a physical object are in a constant state of flux. It is only in the aggregate, on the average, that the object obeys Newton’s law. But the law works for all practical purposes at the macro-scale of everyday objects. The actual force will be equal to ma, within the margin of measurement error. Therein lies the elegance and poetry of F = ma. Much like a poem, it conjures up images of real events which may be much more complex, with the economy of finite symbols.

Paradox, the Fount of New Knowledge
The longer I live, and the more experience I have, the more I realize that anyone who has never contradicted himself/herself, has probably not said very much of any importance. Conflict and paradox are inevitable in a world of infinite possibilities, and no one wants a world of absolute determinism. (See the posts on Dangerous Knowledge and the Disappearing Genius.) Scientists bemoan the fact that relativity and quantum physics do not seem to fit together as they should. But, knowing that reality obeys Gӧdel’s incompleteness theorem, and is thus effectively infinite, paradoxes in science should be seen as doorways to new knowledge, new science.

From Top Down, or Bottom UP?
If we look toward the stars in distant galaxies, toward the edge of the visible universe, the math of relativity applies; but, if we look toward the heart of the atom, the realm of electrons and quarks, quantum mechanics is the math that yields the correct answers. But, as conscious beings, we live in the middle, and I submit that the math of the calculus of distinctions, which includes consciousness as a real and active part of reality, is the appropriate math for us. And it is pure poetry, I believe, that the calculus of distinctions also works on the quantum and galactic scale! The reason it works is because everything is God’s thoughts, and God is just a human word for the logic and intelligence that is manifest in the reality of the universe we experience. We experience only a small part of the universe through our physical senses, and we can only observe and measure quarks and galaxies indirectly, but we are capable of being aware of their existence, and much more, through expanding our consciousness beyond that experienced through our physical bodies.

Quantum Equivalence
The most unique and important finding of TDVP is the discovery of the mass/energy/space/time equivalence at the ultimate quantum level. See the posts on TRUE units and gimmel, and published books and papers available on www.BrainVoyage.com, and in scientific journals. This discovery allows us to understand why there is a universe, why there is something rather than nothing, and reveals the fact that the universe is designed from the beginning for organic life and the physical expression of consciousness. Discovery of this equivalence has enabled us to explain a number of things not explained in the current paradigm, like particle spin and the triadic combination of quarks.