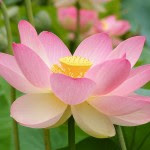 BIOPHYSICS
How does the discovery of the third form (gimmel) affect our understanding of life, and more specifically, the area of scientific study called biophysics? Recall that there could be no stable physical forms without the existence of the third form of reality, not measurable as either mass or energy. (If you don’t remember how the application of the principles of relativity and quantum mechanics to normalized Large Hadron Collider data using the mass of the electron as the basic TRUE quantum unit with the application of Fermat’s Last Theorem revealed the third form, please review the series of posts under “Putting Consciousness into the Equations” and posts about Fermat’s Last Theorem, gimmel and TRUE unit analysis. These concepts and derivations have also been published elsewhere, in technical journals and in “Reality Begins with Consciousness”, available at www.BrainVoyage.com.) The way the discovery of the third form affects biophysics is most obvious in the replacement of much of the statistical and probability analyses currently assumed as the basis of biophysics with new mathematical processes involving gimmel in the processes of biological change such as mitosis and mutation. This of course affects how we must think of the evolution of species, since it removes the randomness assumed to exist in natural selection.

I want to establish the logical basis for this presentation of new concepts in biophysics without bringing in the mathematical details here, by discussing the probabilistic and deterministic approaches to science, as they are used and misused in the current paradigm. I think I can best do this by relating some of my experiences and discussions with other scientists when I was one of the seven charter members of the Department of Interior USGS Systems Analysis Group. Over a period of three years, I had many discussions about probabilistic vs deterministic analysis with Dr. Nicholas C. Matalas, Director of the Systems Group, as well as other members of the Group, and Dr. Benoit Mandelbrot, an IBM mathematician who worked with us on some environmental modeling projects. Dr. Matalas, received his PhD in probability theory from Harvard University, and Dr. Mandelbrot was the creator of fractals. We found fractal functions useful in the mathematical modeling of environmental systems.
Dr. Matalas, who preferred to be called Nick, and I became good friends and we both very much enjoyed discussing probabilism vs determinism. He took the position that reality is basically probabilistic, that the laws of physics are statistical in nature, and thus only approximate; while I argued that statistics and probability analyses are estimation tools appropriate for use when the exact mathematical nature of a relationship is unknown. Neither of us could ever totally convince the other.

And I remember discussing fractals with Dr. Mandelbrot, a somewhat shy, but warm and friendly, large man of European origin. We agreed that the success of the use of fractal functions to model coastline morphology, cloud and storm-cell formations and other environmental features was probably due to the similarity of the iterative nature of fractals to the structure of cells, molecules, atoms, and quanta that made fractals and physical reality essentially holographic. Now, many years after those interesting discussions with Nick Matalas, Ben Mandelbrot and others, I now see how the inclusion of the third form of reality, and application of the calculus of distinctions clarifies those concepts.
In this series of posts I will attempt to bring that clarity to the subject of biophysics. In general, Max Planck’s discovery of the quantum nature of the mass and energy of physical reality, and Albert Einstein’s discovery of the relativistic nature of space and time, combined with the discovery of gimmel and TRUE analysis, radically changes what is known and knowable about biophysics, life and consciousness. Starting with the utter simplicity of the distinction of an object of observation from everything else, we have the binary logic of Bayesian algebra and computer science. Then by including the consciousness of the observer, the logic becomes triadic, and the whole universe begins to be revealed in a completely new and exciting way.

G. Spencer Brown’s statements that “A universe comes into being when a space is severed or taken apart” and that “Although all forms, and thus all universes, are possible, and any particular form is mutable, it becomes evident that the laws relating such forms are the same in any universe” are replaced by: A living universe comes into being when space and content are made distinct by the action of the conscious drawing of a distinction, and this triadic relationship is articulated in the conveyance equations of the Triadic Dimensional distinction Vortical Paradigm (TDVP), expressing the laws governing all of reality, not just the 5% of the universe available to the physical senses.

In posts to come, I will describe the difference between the materialistic statistical randomness basis of current biophysics and the conscious symmetrical stability basis of the new biophysics of TDVP. This will allow us to see subjects like creation and evolution in a new light, and answer questions like ‘Why are elementary particles so small? (Or, conversely, why are conscious living organisms so large?)  Why is more than 95% of reality hidden? And what is the purpose of intelligent life? Stay tuned!
Posted by Edward R. Close at 12:57 PM