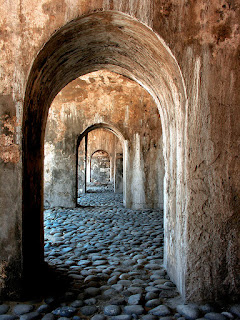 Why is there Something Rather than Nothing?

What is the Nature of Reality?

They are perfect examples of the type of question that mathematician Kurt Gödel proved must exist. His proof was called the Incompleteness Theorem. This type of question was also touched upon toward the end of G. Spencer Brown’s Laws of Form when he discussed leaving and re-entering the Form. When trying to answer the three questions above, the principle I am pointing to is expressed very well by Lao Tzu in the Tao Te Ching in a profound statement involving three Chinese characters depicting the Way. That statement is translated and interpreted as: “The Way said to be the Way, is not the Way.” It could also be paraphrased as: The Answer said to be the Answer, is not the Answer.

Please don’t stop reading because of the abstract nature of these references. I am not trying to be abstruse. I am NOT going to present the details of Gödel’s proof, Brown’s calculus, or Lao Tzu’s philosophy. What I am going to do, is show that there is one simple answer to the conundrum underlying the three questions posed above, and that it can be understood by anyone.

Gödel’s proof of the inescapable incompleteness of all consistent logical systems is really the meticulous proof of two precise theorems of mathematical logic, which combined together prove that, in fact, no system of logic developed to explain reality can be complete. This means that there will always be questions that no formal system of thought, science, philosophy, or religion, can answer. The simple reason that this is true, is the fact that Reality is expanding to Infinity.

Does this mean that there are no answers to these questions? No, it does not. It simply means that they cannot be answered in the logical system within which they are being asked. This makes the third question the most important one, because there are no logical systems, questions, or answers without the  existence of consciousness. Who is asking the questions? Can the consciousness of the asker be expanded to embrace a more nearly complete logical system within which these three questions can be answered? The answer is Yes! Are you ready to take the leap?

There is only one Reality, one Consciousness, and One Answer. When you expand your consciousness to Infinity, you will find that the answer is: I AM.