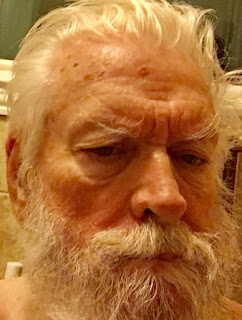 A very dear friend, someone I have known for more than 70 years, has just been hospitalized and diagnosed with Covid-19. He was fully vaccinated. I hate political arguments and have tried hard to avoid them for the past several months because they are almost always divisive and irrational. I know that some may think that this post is jumping back into the decisive political mess that has split our nation apart, but I don’t think so. I believe that it has now gone far beyond politics. I think it is time to tell the truth as we see it, regardless of who it might offend. If you are offended by allowing others to speak their truth, you are probably part of the problem. HERE IS THE RAW UNVARNISHED TRUTH AS I SEE IT:

We are in the midst of the worst global disaster since World War II. I can say that with conviction because I am old enough to remember WWII vividly. What we are seeing beginning to play out now is the same evil program that the Third Holy Roman Empire, (the Third Reich) spearheaded by Adolph Hitler, attempted to implement then. A few self-appointed elites decide that they know what’s best for humanity, and unfortunately, they have the money and political power, unwittingly given to them by the complacent masses, that blinds them and deludes them into believing that they can play God. This evil program is called social engineering. It’s pretty easy to identify who the psychotic elites behind this cancelling and purging effort are. Just follow the money.

Andrew Fauci, a tool of the global elite, is very much of the same evil mindset as Joseph Mengele, who experimented on human beings like lab rats in 1944. He pretends to be a scientist, while violating every tenant of real science on a daily basis, ignoring real solutions, and pushing a gene therapy vaccine that is designed to solve what the elites see as a world over-population problem, while further enriching and empowering himself and the self-appointed elites. Half of our federal government, both elected officials and appointed civil servants, Republicans and Democrats alike, are willing to go along with the plan, to gain political power and wealth. They have literally sold their souls to the Devil; pure and simple.

Today’s lockdowns remind me eerily of the WWII blackouts, when we hunkered down with our gas masks and food rationing, in fear for our lives on a daily basis. It was the common man and woman then, who rose up, confirming Patrick Henry’s cry: “Give me liberty, or give me death!” And those brave souls gave their blood, sweat, and tears – and often their lives - to protect their loved-ones and stop the insanity of a regime bent on world domination. My father and uncles, second-generation descendants of European immigrants, were among those who rose up. Their wives, like my mother and aunts, worked their fingers to the bone in war-effort industries, praying every day and night for their men, husbands, and sons, who were fighting on ancestral beaches and other bloody fronts around the world, hoping against hope that their loved ones would survive the horror and come back home alive and uninjured.

It looks like we may be at that point again, where those unwilling to give up their God-given rights to become Borg-like human-AI composite monstrosities, re-engineered to protect the hive of the elite, may have to rise up again. God help us, that we may find a way to stop the current madness without the horrible toll of bloodshed and war around the globe that has happened before! The Covid pandemic is being used to inject fear into our lives, much like happened to the German people in 1939. Fear blinds us to what is going on and prepares us for the tyranny of the elite. The actual death rate from Covid is not much different from past influenza pandemic death rates, and death from natural causes is not the real enemy, death from man-made causes is.

Religion may be the opiate of the masses, as Atheists believe, but spirituality is not. There is hope, and  I urge you not to despair. Proof of the existence of a higher consciousness than ours is available through the logic and mathematics of TDVP and  through direct experience. Meditate and pray without ceasing, and when necessary, be prepared to take action to preserve your God-given right to life, liberty, and the pursuit of happiness. The Truth will prevail. As the mothers and fathers of generations before us were want to say: God is still in control! Let the chant of Om, Shanti, Peace, Pax, Amen, Amin, uttered most earnestly in every language known to man, be heard around the world.