THE TRUTH ABOUT POLITICS 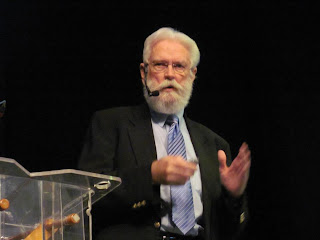 Why do I believe what I do? I feel like I have to explain myself a little. Maybe I don’t, and most likely, nobody really cares. But here’s my perspective: In many ways, I am an average American. Born after the first World War and before the second World War, mostly raised in Mid-Continent USA, of 98% European ancestry, including Scott, Irish, Scandinavian, German, Eastern European, and Ashkenazi Jewish ancestors. My mother’s family were staunch Democrats, while my Dad was an independent Republican, in a predominantly Democrat county. Both families had many honest, hard-working members, and a few deadbeats who believed that the rest of the world owed them a living. The hard working relatives were democrats or republicans, and the deadbeats were socialists. My Father served in the US Army from 1925 to 1929, and in the US Navy from 1943 to 1947.

Perhaps not so average, I have vivid memories all the way back to my birth, so I remember a lot about the second World War, and life in America from 1936 until the present. I have also lived, worked, and travelled  in countries and territories outside the US, including Europe, the Middle East, India, Australia, and Latin America. I have also studied and done research in several major Universities.

Concerning politics, I have observed that when one party, Republican, Democrat, or Socialist, becomes dominant in a specific area and/or time period, corruption is sure to follow. Politicians take money offered to help them campaign and win, and they owe favors. And Politicians lie. Period! They lie either by exaggeration and omission, or by deliberate misinformation, to promote the agenda of their party. And when an individual becomes a partisan activist, that individual sees everything through the lens of the party’s propaganda. He or she sees nearly everything the other side says as lies, and justifies, and often even BELIEVES the lies promoted by his or her party. I have seen many examples of this, on both sides, liberal or conservative. That’s why I am not a Socialist, Republican or a Democrat.