THE SIGNIFICANCE OF GIMMEL 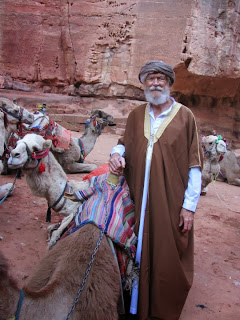 REFLECTING ON THE DISCOVERYOF GIMMEL

So I have used the logic and principles of mathematics and physics to prove that there is a part of reality at the quantum level that is neither matter nor energy, and furthermore, that it had to exist prior to the formation of even one single stable atom of the physical universe. So what? What is the practical significance of the discovery of this non-physical part of reality, and why do we call it gimmel?

Let’s take the easy question first. Why did we decide to call it “gimmel”? There were several reasons. First, we had to call it something less wordy than “the heretofore unknown something that cannot be mass or energy, and yet has to exist for protons and all hadronic atoms to be stable”! And second, every letter of the English and Greek alphabets have already been used for multiple things in math and physics. Third, it fits! The necessary something discovered to exist in all stable atomic structures is, after mass and energy, the third substantial measurable thing in quantum combinations, and gimmel is the third letter of the Hebrew alphabet. It also happens that gimmel has several interesting meanings in the original language that also happen to be fitting.

You can find the following explanations of the meaning of gimmel in Wikipedia: The word gimel is derived from the word gemul, which in Hebrew means both the giving of reward as well as the giving of punishment. In the Torah, both reward and punishment have the same ultimate aim, and that is rectification as preparation of the soul to receive God’s light to the fullest extent. Also, the pictograph for Gimmel is the camel, and as such, it represents transportation between two points, or a bridge between two realities, that of the physical world and the spiritual world. Very fitting!

Now let’s tackle the harder question: What is the practical significance of the discovery of this non-physical part of reality?  Your acceptance or rejection of my answer will probably depend on what you consider to be practical. To the destitute, practicality is whatever it takes to eke out one’s existence and survive, i.e., obtaining food and shelter from wild animals, insects, and the elements. For the wealthy, practicality is what it takes to maintain wealth for personal comfort and ease, and perhaps for the future of the family. But for the vast majority of us, our experience of life is a mixture of struggle and occasional periods of relative comfort and ease, but, all too often, just when we achieve enough prosperity to be able to enjoy life, we get sick and die. Eventually, we must take a break from the mad scramble of life, pause, and ask: Is there any meaning or purpose behind all of this? Is it really worth it? The practical significance of the discovery of gimmel relates to answering these important questions.

In the past, answers to questions about the meaning of life have largely depended upon a person’s belief system, either adopted from a religion handed down from those considered to be the authorities, or from family tradition. But belief borrowed from someone else is not very satisfying for anyone with an inquiring mind. And, unfortunately, organized religions, just like any form of organized social management or government, have a history of establishing its authority for the purpose of controlling people not enlightening them.

What if you did not have to rely on blind faith in the meaning and purpose of life, something to be revealed sometime in the distant future, and hope for miraculous events to prove that there is something beyond the material world that justifies your faith? What if you had scientific evidence that there is a real connection between mind and matter? What if there were indisputable scientific evidence of a non-physical part of reality that has created the necessary circumstances and guided the development of physical organisms capable of supporting life and becoming vehicles for intelligent consciousness? I am pleased to be able to report that such indisputable evidence has been discovered. It is called gimmel, and its discovery proves that there has to be a pre-existing intelligence that has always been here, behind the ever-changing scenes of the physical universe. Such a discovery is the beginning of a new scientific paradigm that will change the world forever. Materialism is no longer a valid metaphysical belief system. There is meaning and purpose to life and the physical universe. And that is the practical significance of the discovery of gimmel.