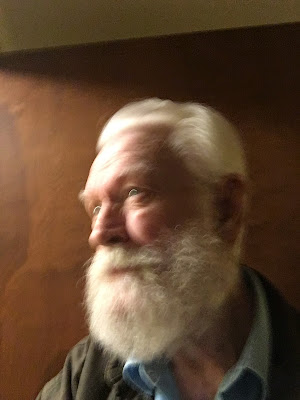 1.     What is the Nature of Reality?
2.     What is Life?
3.     Who am I?
INTRODUCTION
In the January 11 post THE ULTIMATE QUESTION AND ITS ANSWER, Leibniz's question was presented and answered. The answer was proved by application of the Calculus of Distinctions and published some time ago. Having answered Leibniz's most important question: Why is there something rather than nothing? a question current mainstream science has ignored, we are now ready to move on to the next tier of important questions. If you haven't read the ultimate question post, or don't remember how it is answered, please scroll down to the January 11 post and read it before continuing with this up-dated post.

WHAT IS THE NATURE OF REALITY?
This is the root question behind the major efforts of both science and religion. The answers given historically by both institutionalized science and institutionalized religion are basically wrong. Institutionalized (so-called mainstream) science erroneously assumes that reality is limited to matter and energy interacting in space and time (materialism). Less than 5% of reality can be explained based on this assumption; just the tip of the iceberg. The major Institutionalized world religions assume that a priesthood of some sort is needed to explain reality to you. This is almost always the blind leading the blind.

Reality is one. Institutionalized science and religion divide it up to “explain” it. This resonates with the average individual because that is what we do as human beings. Enlightened beings know that this is delusion. To know reality, you must become one with it. Oneness is your natural state. Polymath Erwin Schrödinger had this to say about the nature of reality:” The world is given to me only once, not one existing and one perceived. Subject and object are only one. The barrier between them cannot be said to have broken down as a result of recent experience in the physical sciences, for this barrier does not exist.”

The reality studied by scientists and theological philosophers is triadic. The universe comes into being as a result of dividing the One. Drawing the distinction of self from other creates the illusion of division and separateness. By drawing a distinction in the “other”, consciousness brings the objective physical universe into existence. So, the reality that we can observe, and measure is triadic, consisting of the distinctions of self, other, and everything else; the observer, the observed and the action of observing.

1.) Reality is holistically One. That means that everything, plants, animals, humans, solar systems. Galaxies, and the universe, are intimately connected at the most basic level.

2.) Separation is illusory. The triadic nature of creation, perceived through the limited physical senses, is caused by the conscious drawing of distinctions.

3.) Consciousness is Primary, the triads perceived as the physical universe, are contingent upon the functioning of consciousness.

†Discussed in previous posts and in a number of published technical papers.

WHAT IS LIFE?
Niels Bohr, the father of quantum mechanics, said: “It is not the business of the physicist to explain the nature of reality. Physics can only describe what we experience.” And, he was right. To investigate the nature of reality, you must go beyond physics. Erwin Schrödinger, who contributed a lot to the development of quantum theory as it now exists in mainstream science, said about quantum mechanics: “I don’t like it, and I’m sorry I ever had anything to do with it.” Because of his disillusionment with quantum physics, he turned his considerable intellectual talents to philosophy and biology, among other things. In a book containing essays he wrote later in life, published under the title of What is Life, he said: “Quantum physics reveals a basic oneness of the universe.”  And “There is no evidence that consciousness is plural”.

WHAT IS THE I AM?
What is the “who” that I am?
I have just finished reading Super Synchronicity by Dr. Gary Schwartz. Surprisingly, I found that I have experienced all of the super synchronicities he describes in this book in my own life, including the synchronicities of the experience of spontaneous appearances of certain numbers, animals, plants, and symbols. Not only that, my experience includes some of the same numbers, animals, plants, symbols, he describes. For example, Ravens and the number 11, significant synchronous experiences in Dr. Schwartz’s life, have also occurred in my life. I wrote about them briefly in my post on synchronicity a few days ago. Dr. Schwartz suggests that the experience of synchronistic appearances of specific things in your life may be taken as guidance and hints, specifically for you, from the One Mind of the universe.

The quantum physicist Niels Bohr and I were born on the same day of the same month, exactly 51 years apart. He died in 1962, the year I received my degree in mathematics and physics and began teaching mathematics. And two of the best students I had during my teaching years also had the same birthday as Niels Bohr. There is no apparent causal relationship between these facts. That makes them synchronicities - by definition. Was the One Mind trying to tell me something?

I was born in 1936, a number that reduces to 1, the beginning number. (1+9+3+6 = 19, 1+9 = 10, and 1+0 =1) And of course, it was the beginning of my life as Ed Close. Factoring, we have: 1936 = 442 = (4x11)2. According to Kabbalah numerology*, the number 4 is quadratum, the alignment symbolized by a square oriented North, South, East and West. The number 11 is the “awake’ number, and its repeated appearance in one’s life points to the path to one’s destiny. It indicates that you are following the path to accomplishing what the universe wants you to do. The number 44 is the number of disciplined effort, indicating that focus and perseverance are needed to bring higher knowledge into the world.

What is the “who” that I am? I have discovered synchronicities with the thoughts and experiences of several sparks of consciousness, including Moses, Pythagoras, Diophantus, Pierre de Fermat, a German mathematician named Johann Liebknecht, a friend of Gottfried Liebniz, and a Tibetan monk. Am I the reincarnation of these men? In some sense, perhaps I am, but, ultimately, the “who” that I am is one with the Who that is the One Mind of the universe.

WHO ARE YOU? Can you discover synchronicities with others who lived in the past? I believe that until you find out who you are, you will not know what your reason for being is, and you will be like a ship on a stormy sea without a rudder until you know what your mission, your place in the universe is. If you become motivated to find your reason for being, and look for the guide posts from the One Great Mind, your life will become one filled with meaning and purpose. If you find this an important message, and embark on a journey of discovery, may your life be blessed. If you already know what your mission in life is, why you have been born to live in this place and time, maybe these posts will encourage you by letting you know that others have passed this way, and that the guidance of God and the great Masters of Spiritual Reality are always available to help you, whether you are aware of their presence or not. My hope for you is that you discover who you are as soon as possible. Peace and blessings.

*Kabbalah numerology is one of the most ancient systems of calculating the effects of numbers in our experience of the universe. In Kabbalah, the idea is that numbers can reveal how the mathematical structure of the universe and individual consciousness work together in our lives.