SOLVING THE MYSTERIES OF SPACE, TIME AND CONSCIOUSNESS WITH THE RUBIK'S CUBE 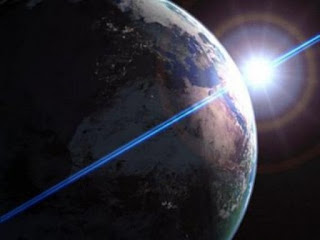 SOLVING THE MYSTERIES OF REALITY WITH RUBIK’S CUBE
Introducing a Trilogy of Discussions about TDVP*
©Edward R. Close, April 22, 2017

WHY THE RUBIK’S CUBE?
It turns out that the Rubik’s Cube is a perfect geometric model of nine-dimensional reality at the cosmological, quantum and consciousness scales! It has nine planes of rotation representing the nine dimensions of finite reality. Three principles are involved:
1. The Principle of Symbolic Representation
2. The Principle of Symmetric Resonance
3. The Principle of Synchronous Relativity

THE PRINCIPLE OF SYMBOLIC REPRESENTATION:
All phenomena are nothing more than symbolic representations of Reality that occur in three finite forms, describable with three symbolic variables:

THE PRINCIPLE OF SYMMETRIC RESONANCE
There are three forms of symmetric resonance:

The nine finite dimensions are embedded in an infinite substrate of pure consciousness. This allows all phenomena to resonate, maintaining a perfect symmetric balance as a whole. Symbolic representation of the interaction of the three forms of symmetric resonance in TDVP invokes the Principle of Synchronous Relativity.

THE PRINCIPLE OF SYNCHRONOUS RELATIVITY
The symmetric resonance of Reality as a whole requires synchronous interaction between all phenomena: Asymmetries present in any observational distinction drawn by an individualized conscious entity in less than nine-dimensions is immediately balanced by complementary asymmetries in other dimensions of the holistic nine-finite-dimensional domain. The manifestation of Reality observed by an individualized conscious entity is thus incomplete and relative to the dimensional framework available to that individual.

There are three levels of synchronous relativity:

IMPLICATIONS OF THE THREE PRINCIPLES
The mathematical logic of the holistic synchronous nature of Reality requires that time and consciousness, like space, are three-dimensional. The nine orthogonal planes of the Rubik’s cube provide appropriate symbolic representations of the nine dimensions of cosmic reality, quantum reality and spiritual reality. During the year (2017) I plan to present a series of lectures and workshops using Rubik’s cubes to describe cosmic, quantum and spiritual reality. I will keep you informed.