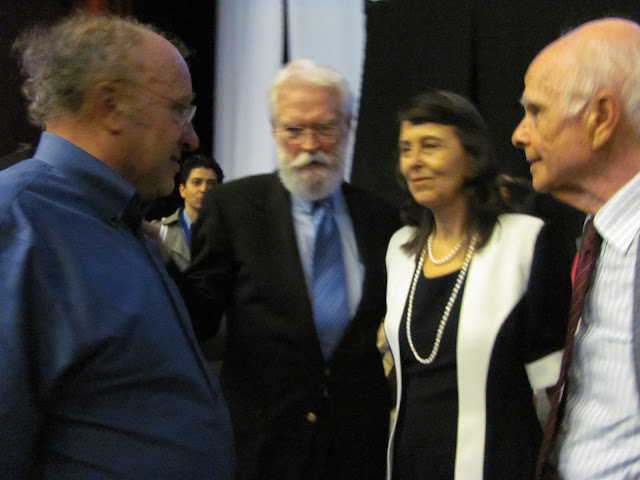 QUESTIONS OFTEN ASKED AND MY ANSWERS

The questions listed below and answered in this post have been asked of me personally by numerous people over the past 8 to 10 years. It is more efficient to answer them all here so that when I’m asked the same questions again and over again, I can refer the asker to this post. The questions I’m addressing here are not mathematical or technical in nature. They are more general questions related more to the historical and personal perspectives related to TDVP as a scientific paradigm shift than the actual theory itself. Dr. Neppe has also received these questions or slight variations of them. I’m quite sure that his answers are very similar to mine, because our thinking is so similar and parallel that it’s almost ‘spooky’ sometimes. But these are my answers. I take full responsibility for them.

The Questions
Here are the ten questions I hear most often:

1. Most scientific breakthroughs are made by people in their early twenties. How is it that you and Dr. Neppe are coming out with these ideas so much later in life?

In fact, both Dr. Neppe and I were recognized leaders in our fields early in life. Personally, I developed some of the basic ideas of Transcendental Physics before I was twenty, and I developed much of the math before I was thirty.

2. Why aren’t you associated with a major university?

Both Dr. Neppe and I have been associated with major universities, but personally, I left academia because of the departmental politics, and we both were interested in areas that are considered to be outside the proper disciplines of science by major universities.

3. If your theory is, as you claim, “the science of the future” why haven’t mainstream scientists discovered it?

4. Why aren’t you going through ‘normal’ peer-reviewed mainstream channels to get your ideas out?

It is interesting how often people assume that, since our work is unusual, it hasn’t been peer reviewed. Actually, we are going through normal channels, to the extent we can. We’ve had papers and articles developing many of the new concepts peer-reviewed and published in professional journals.

5. What makes you think your ideas are better than those of mainstream scientists?

For the most part, between paradigm shifts, mainstream scientists focus on working on details of the accepted paradigm to expand it and develop practical applications that attract funding.

6. Are you claiming to be smarter than most scientists, as smart even as Hawking and Einstein?

This question is usually posed by someone who thinks it is going to be a game stopper.  This question really means, and sometimes is even stated something like: “Who do you think you are to compare yourself with great scientists, do you really think you are as smart as them?”

Well, yes I do. And I’m not saying this to brag and elevate myself, I’m just stating it as a matter of fact. My documented IQ is higher than that of either Hawking or Einstein, and I believe that Dr. Neppe’s IQ is as high as mine, or higher. I’ll give a little more detail here for those who might be interested in IQ, but you can skip it if you want.

I didn’t know my IQ for most of my life and didn’t care. My score on the Graduate Record Exam was more than high enough to get me into MENSA and grad school in any university in the country, in spite of the fact that I took a nap during the eight-hour test, and chose to take the specific area part in a different field than the field in which I was getting a degree.

I know that many people who join high IQ societies do so just to inflate their own egos, and some of them like to perform mental tricks to impress people. I did a little of this when I was a sophomore in college, but quickly realized that such behavior was a waste of time, or worse. A high IQ is not worth much if you don’t choose to do something worthwhile with it.

7. You say there has been no real paradigm shift in physics, or even science in general since about 1935 with the acceptance of general relativity and quantum mechanics. Are you just ignoring all the progress that has been made in biology, particle physics and cosmology in the last 80 years?

No, those advances are all within the paradigm of relativity and quantum physics, not new scientific paradigms. TDVP incorporates them and more.

8. What makes you think that your “theory of everything” is better than all the other theories out there?

First of all, ‘theory of everything’ (TOE) is a misnomer. When mainstream physicists speak of a TOE, like string theories, M-brane theory, etc., they are talking about a theory uniting the known physical forces of the universe. TDVP is more nearly a TOE than those because it includes existing phenomena like psi phenomena and other rare-event phenomena not included in materialism-based TOEs. Sometimes, people refer to Einstein as trying to find a TOE.

To my knowledge, Einstein never spoke of a TOE as such. He was looking for a unified field theory that would eliminate the contradictions and paradoxes existing between relativity and quantum mechanics.  We made an objective comparison of all the purported TOEs we could find, in our book “Reality Begins with Consciousness’, with objective criteria including statistically legitimate non-physical phenomena, and none of them measured up to TDVP.

9. If, as you say, your theory incorporates science and spirituality, why aren’t all philosophers and theologians thrilled with it?

It is a matter of intellectual ‘turf’. Most theologians see us as scientists invading their territory. Philosophers who, like mainstream scientists are materialists, dualists, or even atheists, reject anything outside the box of materialism.

10. Why are you using social media to get your ideas out?

We exist in a new information world today where the new ideas of a real scientific paradigm shift can impact the general populace much more quickly than in the past. I believe that the general public are much more intelligent than the mainstream educated elite of the scientific establishment would like to think.
Posted by Edward R. Close at 9:26 PM