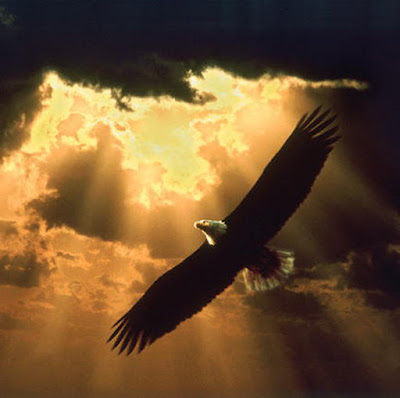 FOOD FOR THOUGHT: ARE WE NOW IN THE END TIMES OF THE BIBLE?
Origin of the concept: The first scriptural mention of the ‘End of Days’ is found in Numbers:
Balaam, a prophet from Mesopotamia, east of the Holy Land, was asked by Balak, king of the Moabites, to curse the Israelites, told him instead of the final defeat of the Moabites by the Israelites: “Come, I will advise you...what this people will do to your people at the end of days.” – Numbers, 24:14

But, according to the Book of Deuteronomy, the end of days will not come until the Nation of Israel returns to righteousness, obedience to God, and to the ancient Promised Land. The Moabites, said to be descendants of Lot and his daughters, still occupy much of the Promised Land. They are the present-day Palestinians and some Jordanians.

Moving along to the New Testament, Christians connect the end of days with the expected return of Jesus. And we find references hinting at to what to expect in the ‘end times’:
Now the Spirit speaketh expressly, that in the latter times some shall depart from the faith, giving heed to seducing spirits, and doctrines of devils -1 Timothy, 4:1

End of Days and Science
Why would someone trained in the traditional scientific disciplines of mathematical physics even contemplate such an esoteric question? How does it relate to the TDVP paradigm shift to consciousness? One of the most striking things about TDVP is that it impacts every discipline, every question, and every branch of human thought. It does so because it adds a third detectable variable to the content of multi-dimensional reality, in addition to mass and energy. This third variable of content is not as easily observed and measured as mass and energy, but without it, there would be no symmetrically stable particles surviving the big bang, in effect, no physical universe. Is it some unknown form of mass and energy? In a way, yes, because it affects the behavior of mass/energy particles, but actually, no, because it cannot be measured as either mass or energy. It would be more accurate to say that matter and energy are forms of it. And like a primary form of consciousness, it shapes the history of the universe at the quantum level.

End of Days and Current Events
If you’ve followed my last few posts, you should know that I’m not political; or more accurately, I’m apolitical, with respect to liberal and conservative agendas. I am disillusioned with both of the major political parties. This is not an easy position to maintain because those who do have political agendas, or even those who favor a particular party doctrine, tend to interpret any statement or concept that appears to contradict their party line as identifying the one who says it as being in an opposing political party. And soon we have a polarized situation wherein even the most politically neutral person is branded by both liberal and conservative as wrong, and thought to be one of the crazies on the ‘other side’.

I'm not a believer in conspiracy theories, or vague prophecies that can be interpreted after the fact, as needed.  But I do believe that reality and the intelligence behind it are ultimately logical, and that human history is filled with patterns that can help us to see what’s coming. Winston Churchill paraphrased philosopher George Santayana when he said: “Those who fail to learn from history are doomed to repeat it.” This appears to be a truism, but it also appears that the human race as a whole almost never learns from history; so even those who do recognize the causes and effects of mistakes and disasters that have occurred in the past, are doomed to witness the repetition of historical disasters along with the rest of humanity.

Conditions that Herald the End of Civilizations
A number of societies, nations, even great civilizations have flourished on this planet in the past, declined, failed and disappeared. We know of relatively recent ones, like the Sumerian, Minoan, Mayan, Egyptian, Greek, Roman, and the British Empires. Even though dying civilizations don’t record the causes of their decline very well, because they didn’t really understand what was happening to them, we have hints of the patterns that preceded their fall. If they had understood what was happening to them, they may have been able to take steps to avoid their demise.
Can we learn from past mistakes? Here are some of the conditions that exist as civilizations approach their end:

·       Motivated by ego, rulers, whether posing as divine beings, kings or scientists, portray themselves as superior, and therefore entitled to maintain control by whatever means
·       The rulers, isolating themselves from ordinary people with their wealth and power, become convinced of their own superiority and the stupidity of the masses
·       The rulers disguise their increasing personal desires for wealth and control with concern for the welfare of the masses, genuine at first, but increasingly feigned as they fail to be able to live up to their promises, and fear losing their wealth and power
·       Dependence and victim mentality, encouraged by the rulers, through propaganda disguised as education, destroy ambition and productivity
·       The masses, believing the promises, come to believe that they were entitled to things that other individuals have created, and expect the rulers to deliver things that they cannot
·       Mob mentality: people do things as groups that they would never do as individuals
·       The rulers create fake prosperity by producing phony currency of exchange and they create drama pitting groups against each other to cover their inability to solve problems
·       The masses become disillusioned with the rulers who, time after time promise great things and fail to deliver
·       There is rioting in the streets, and the rulers are overthrown, but those who replaced them are even less capable because their only qualification is anger and disillusionment
·       Internal violence increases exponentially and the civilization decays from the inside with immorality, hate and greed
·       The civilization either disappears or is absorbed by another civilization

It appears to me that the patterns of impending failure of the structure of civilization are all around us now. How long can our once Democratic Republic survive?

Will we go the way of past civilizations?
In the 1800s, the French political historian Alexis de Tocqueville was very insightful: he warned that the American form of democracy might easily lead us back to tyranny, albeit of another form, because the freedom of radical equality could promote materialism and the selfishness of individualism, causing us lose interest in the future of our children and meekly allow ourselves to be led in ignorance by an elected despotic class, all the more powerful because it professes to operate for our good. He suggested that the democratic republic of the USA would be viable only until the President and members of Congress become motivated to buy votes with promises of wealth and prosperity for everyone, which they will ultimately be unable to deliver. An elected despotism claiming to be a democracy will produce masses more or less uniformly alike, equal, and constantly seeking petty pleasures, unaware of fellow citizens, and subject to the will of a powerful state which can promise immense protection from the difficulties of life. Tocqueville compared a potentially despotic democratic government to a protective parent who wants to keep its citizens as "perpetual children", and which presides over people in the same way a shepherd looks after a "flock of timid animals". But human beings are not sheep, and some will eventually realize that they are being manipulated by politicians motivated by ego and greed. When this happens, because the US is a world power, it will ultimately bring global collapse.
Israel is defeating the Moabites, de Tocqueville’s prediction has come true.

Are the Biblical prophecies being fulfilled right now? Was de Tocqueville right? Is the End of Days upon us?


You can draw your own conclusions.
Posted by Edward R. Close at 11:17 AM