THE MOST IMPORTANT DECISION OF YOUR LIFETIME? 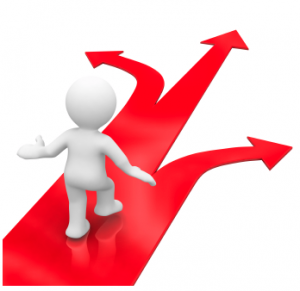 Because some people reading this blogpost will not have come here by way of my Facebook post, I will start by repeating what I said there:

I have always tried to stay away from politics in my blog posts as much as possible, but the results of the election coming up November 3rd will profoundly affect our lives as Americans, and possibly the rest of the world, in very different ways for decades to come, regardless of who wins; so this is a time when your vote might really count for something. Ideally, everyone who votes should be well-informed about the issues and the candidates; but, unfortunately, right now, here in the USA, the vast majority of voters are either almost totally uninformed or grossly mis-informed. ---For that reason, I cannot remain silent.

I actually have many friends on both sides of the political spectrum; but because of the extremely emotional bifurcation of political thought in the world today, I am likely to alienate at least half of the people who might read what I have to say because of their political interpretation of my words. Even though I have always tried to avoid politics and stick to science and spirituality in my posts, I know there are people out there who think that, because I am a Mid-Westerner who believes in God and freedom from oppressive government control, I must be a conservative MAGA hat-wearing Trump supporter; and there are also people out there who think that, because I am an environmental engineer educated in an elite Ivy League school, and lived in California for a considerable portion of my adult life, I must be a progressive tree-hugging liberal; but the truth is somewhere in between.

I am hopeful that, precisely because I am not an ideolog adhering to either end of the political spectrum, that people on both sides will take time to read what I have to say. But, in this day and age when we are encouraged to vote without thinking, I want to offer some relevant information that may persuade even those who do not feel the need to hear anyone else’s opinion, to read on. I am appealing to you to avoid closing the page the minute you see a hint that my choice might be different than what you think is right. Please hear me out before you accept or reject what I have to say.

First, if you don’t already know, you may find it pertinent, or at least interesting, that I have a documented IQ above the 99.9999 percentile, well into what is considered to be the “genius” range. With such a rare documented IQ, I can claim to be very intelligent. But does that make me infallible? No, of course not! The most intelligent person in the world can be wrong about a given issue, because reasoning always proceeds from one or more a priori assumptions, and even the most impressive, time-honored a priori assumption may eventually turn out to be wrong.

On the other hand, a person of average intelligence can be quite well-informed if he or she is willing to spend the time to do the research necessary to understand both sides of an issue. That, along with mostly honest elections, and a democratic republican government with checks and balances, is what has made our country the envy of the rest of the world for so long. Having a high IQ may have its advantages, but experience, knowledge, and understanding are more important than reasoning power. So let me give you some other, more important reasons for reading what I have to say.

I believe that, as spiritual beings expressing our selves through the sentient biological life forms called Homo sapiens, the main business of life is learning. I believe that regardless of your chronological age, the minute you stop learning, you start dying. Because I believe this, I have made learning a life-long process, and I attribute my continuing good health at least partly to this attitude.

I have spent many hours, days, and years in the classrooms and libraries of some of our best universities, many more than required for the degrees I earned. I am not going to bore you by listing the courses and universities I attended, but rest assured that I have studied political ideologies and other issues that affect our lives. Also, I think it is important that I consider the learning I acquired outside of academia as just as important, if not more important than what I learned in the classroom. So I will only mention specific subjects that are relevant to the substance and conclusions of this post.

As a nation, we find ourselves strongly divided right now. Either choice available to us in the up-coming presidential election could represent a move toward one extreme or the other. Unless you have bought into the propaganda of one side or the other, deciding how to vote November 3rd may present a real dilemma. What I want to try to do in this post is admittedly difficult, and may be next to impossible, but I have to try: I implore you to vote based on known historical facts and logical reasoning, not politically biased interpretations and emotional demonization of the people on either side. Whether or not you make sure that independently determined facts have the most weight in your individual decision or not, is entirely up to you, but you should. To ignore the facts is to court disaster.

Because it is reasonable for you to wonder why you should listen to me, I shall attempt to give you some more reasons: I grew up in the lingering effects of the Great Depression, and I vividly remember World War II, with air-raid drills, gas masks, and food rationing. I have studied fascism, socialism, Marxism, and capitalism, both in real life and in graduate school. I am not a member of “the great generation”, and I am not a “baby-boomer”, but I have direct knowledge from interacting with both groups. I worked as a waiter, farm and construction laborer, door-to-door salesman, and as an actuarial mathematics technician and computer programmer in Los Angeles, before I earned my first degree. After earning a degree in math and physics, I spent about five and one-half years teaching mathematics and science in public high schools, about the same length of time teaching mathematical modeling and environmental engineering at the university level, more than twelve years as a scientist, mathematician, and systems analyst in a government agency (the US Department of Interior}, and more than twenty years as a principal hydro-geologist and environmental engineer in private consulting firms. Along the way, I earned several awards, a PhD, and Professional Engineering status (PE). I have worked and lived in several states and foreign countries. I have worked for large corporations, small companies, was Director of Business Development for a major technological firm in the Middle East, and later founded and built my own environmental consulting firm. After retiring from these careers, I have spent more than ten years doing advanced research in the application of mathematical physics to the study of consciousness. At 84, I am still active in research groups and international conferences.

The point is that I am not a one-dimensional person. I have meaningful experience in education, government, public and private employment, business building, planning, marketing, sales, project management, systems analysis, and leading-edge research in several fields. I think it can be argued that this broad background of life-long education and diverse employment across this country and around the world, provides a basis for a well-informed opinion on a variety of subjects.

Now to the problem at hand: the election November 3, 2020. Here’s my first, and probably most important advice: Ignore most of the hair-pulling, name-calling hysteria of the talking heads on CNN, MSNBC, and Fox News. Do your own research. You’ll find out that America, even with its flaws, offers more opportunity for freedom and the pursuit of happiness for people of every race and creed than any other nation on this planet. You will also find that COVID-19, while a horrible infectious disease, is not the end of the world. Healthy people rarely die from it. Don’t let fear-mongering for political purposes on either side blur the real issues and cause you to over-react, because that will only add to the problem. There is plenty of real information out there to give you a sound rational basis for your actions, including voting for the candidate who will be best for the country.

Yes, I know who I have to vote for November 3rd, and no, I’m not going to tell you who that is, or who I think you should vote for. And my next bit of advice may surprise you.

I am not going to follow the conventional wisdom and say: everyone should be sure to vote! If you are uninformed or mis-informed, It would be far better for the country, and for you in the long run, that you do not vote, because it will just add to the randomness of results, and you may be cancelling the vote of someone who has actually done the research and is well-informed. If you are only listening to either Fox News or CNN and MSNBC, you are not really well-informed. In fact, sorry to say, in my opinion, it is likely that you are largely mis-informed.

No one should ever vote for the sole purpose of voting against a candidate. Always vote FOR someone or something positive, not against. It is true that the current Presidential candidates represent very different visions for the future of America and the world. One is a career politician being dragged toward big-government socialism. The other is a political outsider favoring capitalism. But contrary to what the opposing ranks of those who have one political agenda or the other claim, both candidates have policies that are good, and both have policies that are bad for the country. Neither is pure evil, and neither is the savior of the world.

The extreme agendas of the fringe supporters of either candidate, Trump or Biden, have the potential of  destroying our country. As a legally qualified voter, it is your privilege and duty to help decide which candidate is most likely to lead us to a happy balance and a world of prosperity and responsible freedom. That is a truly awesome responsibility. That is why you must put aside your personal desires and political biases and consider the choice based on facts, not ideological beliefs and emotional reactions. This has always been important, but I believe it is even more important now than it has ever been during my lifetime. If you cannot do this, and are voting based on emotional reactions to the superficial features of the candidates, you will serve your country better by not voting at all.

If you take the responsibility of casting your vote seriously, you must listen with critical skepticism to both sides, do your own independent research and thinking, and then cast your vote based on facts that you have verified yourself. The stakes are way too high to depend on the political mind spinning of career politicians and irrational emotional reactions.