ON THE VIRTUE OF PATIENCE, FERMAT’S LAST THEOREM AND DYING 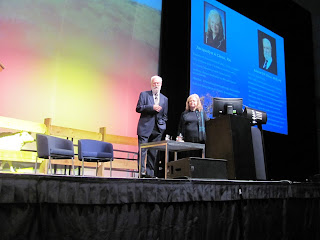 ON THE VIRTUE OF PATIENCE, FERMAT’S LAST THEOREM AND SURVIVAL
© Edward R Close 2019

“…at length, the truth will out.” – Shakespeare, The Merchant of Venice.
Dear Reader, I want to ask you to use your imagination. Please imagine that Pierre de Fermat, a Jurist who worked in the Parliament of Toulouse France in the middle of the 17th century (1630-1665) is speaking:

“From childhood, I was fascinated by numbers, and mathematical propositions often came to me quite as naturally as breathing! But, alas, it was not my fate to become a professional academic. My father, Dominique Fermat, prevailed upon me to study law in order to have a vocation that would enable me to support my family. While my law degree did enable me to become a productive member of society, I was often bored with legal work, and turned to musings about numbers when not occupied with my duties as a juror. I had studied Greek and Latin while at University, which allowed me to have access to the works of natural philosophers and mathematicians of the past. Around 1625, I began working in my spare time on reconstructing the works of the Greek geometer Apollonius, having to do with loci and planar surfaces.

Because I was not an academic, I had no ready institutional support to publish my findings, so I saved my mathematical musings in the back of my desk and tried to correspond with professional mathematicians as I could, on occasion. Rene Descartes, the recognized genius of the day, dismissed me as an amateur, derided my use of “obscure notation” and called my demonstrations “lucky guesses” when I proved to be right. I was able to calculate areas and volumes under various curves using the process of diminishing infinitesimals, something which Descartes declared to be “impossible”. We also had disagreements about the mathematics and geometry of the refraction of light and the construction of tangents to curves, and even though he was wrong, his inflated ego would not allow him to see the truth! Later, I found more favorable reception of my ideas with the eminent philosopher of natural sciences, Blaise Pascal, especially regarding the calculation of probabilities, but it was number theory that was my first love; especially Diophantine equations and infinite descent. The acme of my mathematical musings was my proof of the following proposition:
Xn + Yn cannot equal Zn, when X, Y and Z are integers and n is an integer larger than 2.

It was well-known from the time of the Greek mathematician Pythagoras that the sum of the squares of two whole numbers can equal a larger whole number squared. In fact, there are an endless number of such triads, XYX, such that X2 + Y2 = Z2, as is demonstrated in the Pythagorean Theorem. But no one was able to produce a set of numbers satisfying this requirement when n is larger than 2. In 1637 I found an elegant proof that the equation Xn + Yn = Zn has no whole-number solutions when n is greater than 2. I penned a statement to this effect in the margin of my copy of the book Diophantus’ Arithmetica, but the proof was a little too long to include in the note. However, the whole proof scarcely covered a single page, and I placed it among some other short notes in a cubbyhole of my desk for safe keeping.”
▬  ▬ ▬ ▼▲▼ ▬ ▬ ▬
Now, as the reader may know, Pierre de Fermat’s proof that Xn + Yn ≠ Zn, when X, Y, Z and n are integers and n > 2 became famous as “Fermat’s Last Theorem”, because Fermat’s proof was never found and the world’s best mathematicians were unable to prove or disprove it to their satisfaction for more than 300 years. Because of that, mathematicians came to believe that Fermat was probably mistaken about having a proof. What the reader may or may not know, is that I proved Fermat’s Last Theorem in 1965, 30 years before Andrew Wiles’ proof was finally accepted in 1995. My proof was short, unlike Wiles’ proof of more than 200 pages, and in Fermat’s notation it would probably fit on a single page.

All attempts to refute my proof, which I call FLT65, over the past 50 plus years have failed, but it still has only been accepted by a few mathematicians because of the general belief that a “simple” proof of FLT is simply impossible. The whole history of my attempts to get it accepted and several of the attempts to refute it are posted on this blog. Just search for ‘FLT65’ if you want  to see them.

Fermat’s Last Theorem proved to be important in the development of the quantum mathematics I developed, called the Calculus of Dimensional Distinctions, which Dr. Vernon Neppe and I applied in our Triadic Dimensional Vortical Paradigm (TDVP), a shift to consciousness based science. However, the TDVP does not rely on my FLT65 proof at all, because it only requires the the validity of FLT for values of n from 3 to 9, and it has been known that FLT is valid for n=3 to a much larger value than 9 for a very long time.

It would be nice to be recognized for being the first to prove FLT since Fermat, and it would restore Fermat’s honor and reputation as a first-rate mathematician, but I’m not holding my breath. I’ve learned to be patient because I believe at length, the truth will out!

On a deeper level, I was beginning to feel depressed about the loss of the physical presence of my soulmate Jacqui. I am fortunate to have evidence in the form of a meticulous double-blind experiment that she still exists as a conscious entity, able to communicate with me and help me as she did while alive. But that evidence is of an indirect nature. I would like the communication to be more direct and personal, just between the two of us. I am becoming impatient for that to happen, and impatience leads to disappointment and disappointment breeds depression.

Today is Black Friday, the seventh anniversary of the day Jacqui suffered acute kidney failure in Tucson Arizona, and I had to rush her frantically to the ER at St. Joseph's Hospital,

a black day indeed. Jacqui’s birthday is coming up in two weeks and the first anniversary of the day she died is only three days later, so during the first holiday season without her, it’s easy for me to become depressed. But I must be patient.