THE SIGNIFICANCE OF THREE, SIX AND NINE 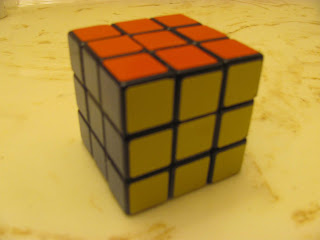 The Significance of Three, Six and Nine and Solving the Cube

“If you only knew the magnificence of the 3, 6 and 9, then you would have a key to the universe.” – Nikola Tesla
The cube has 3 axes of rotations, 6 sides and 9 rotational planes. There are 3 forms of the essence of reality, 6 relationships between them, and each of the three forms have 3 dimensions, making 3x3 = 9 dimensions in total.

Solving the cube  is achieved by carefully observing the patterns that appear in the arrangement of the colored faces of the three layers and developing our intuition to improve our ability to choose the moves that will lead to symmetric coherence. The three layers of the cube are inter-connected by nine sets of pieces that may be rotated in nine orthogonal planes. The logic and mathematics of nine-dimensional geometry is the same for all manifestations of reality, quantum, personal and cosmic. Consider these analogies:
The first layer, which is the easiest to complete, is analogous to the physical body, and a completed first layer is analogous to a strong, healthily structured body. The second layer, analogous to the mind, is a bit more difficult to complete, and a completed second layer is analogous to a clear and healthy mental state. Completion of the third layer, analogous to spirit, while maintaining the coherence of the first two layers, is the most difficult to attain, and is analogous to achieving the ultimate enlightenment, also known as cosmic consciousness.
The three layers taken together as a unit, i.e. the cube, is analogous to the individual soul, and the interactions of the layers with each other and the rest of reality through rotations of the nine orthogonal planes, are analogous to the individual soul’s interactions with the nine dimensions of reality. A completed cube, with color coherence and the six dimensions aligned with the six directions, is analogous to the state of cosmic consciousness, which is the alignment of all aspects of life, physical, mental and spiritual, with the ultimate state of reality. Finally, the purpose of life is the full realization of the consciousness of the oneness of all things.
Most of us on this planet at this point in time, are in various states of confusion much like the scrambled cube. Each one of us exists in our own unique scrambled state, a reflection of our past choices and actions. The question is: How do we become aligned with the positive patterns of reality, traditionally known as the will of God?
There are three worlds existing within the infinity of the reality we experience. They are not separate. They seem to be separate only because of our limited perceptions of them. The world of the experiences of conscious beings seems to exist suspended between the quantum world of elementary particles, atoms and molecules and the cosmic world of planets, suns and galaxies. However, these three worlds are intimately related, and, as we learn, we are aware of some of the relationships, but we cannot be completely aware of their multi-dimensional connections until we reach the final, coherent state of cosmic consciousness.
Analogous to the progression from one of the scrambled states of the cube to the solved state of color coherence, the purpose of life is to progress from the random confusion of an incoherent body, mind and soul to the beauty, elegance and stability of complete alignment with universal law and cosmic consciousness. This is the magnificence Tesla spoke of. It is reflected in the dimensions of the quantum realm, the macro-world and the cosmos, and it is reflected in the 3 dimensions, 6 directions and 9 rotational planes of the cube.