SECRETS OF THE SACRED CUBE
A Cosmic Love Story
By Edward R. Close and Jacquelyn A. Close 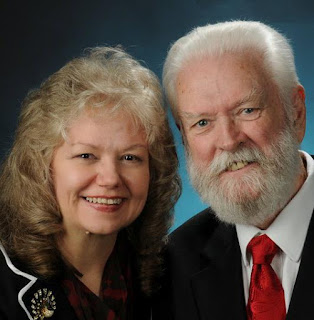 When I started writing this book about three years ago, it was intended to be about how to solve the Rubik’s cube and how solution of the three-tiered cube could be used to simulate certain aspects of mathematics, quantum physics, elements of the Periodic Table, cosmology, and the physical, mental and spiritual development of human consciousness. This was essentially done in about a year, and in about 125 pages. But I thought that the last part of it, concerning the spiritual development of human consciousness, needed to be substantiated and validated with factual events from personal experience, and as I began to write about the relevant events, I realized that many experiences of Jacqui Close, my life-partner of more than 40 years, were an integral part of the story. The relevant events in her life were entwined with mine, even long before we met in this life. So I asked her if she would tell her part of the story in the book, in her own words. She agreed with some reluctance, and began to write.

As the book evolved, it became clear that it was a joint autobiographical sketch of our lives together, focusing mainly on our mission of learning, growing and helping others. The book shows how the cube can be useful as a physical representation of the nine-dimensional structure of the reality we experience. With three sets of three orthogonal tiers of sub-cubes, rotating with respect to each other, it can simulate our personal experiences of cause and effect and recurring patterns. The patterns observed while solving the cube are analogous, in some ways, to the patterns that arise in our lives. Thus the book offers a framework for analyzing life’s challenges and explaining life’s mysteries. But. since our work in this world was not over yet, how would we end the book? As we searched for a way to finish the book, Jacqui’s health began to deteriorate as a result of issues from the past: she had survived cancer in 1985 and acute kidney failure in 2012. She was hospitalized in mid-July 2018, and endured several intensely spiritual near-death, out-of-body experiences. She decided to go into hospice December 10th and left the body for the last time on December 15, 2018. In addition to providing a glimpse into the past, the book includes what Jacqui wrote about her experiences while in the hospital, and it concludes with the documentation of her ascension to a higher realm.

The manuscript is finally finished and I plan to have it published as soon as I can, hopefully within a few months.

Update: Secrets of the Sacred Cube, A cosmic Love Story was published in September, 2019. Links:


Information on how to get Secrets of the Sacred Cube, A Cosmic Love Story
http://www.erclosetphysics.com/2019/10/autographed-copies-of-secrets-of-sacred.html
Is Consciousness Primary? [my contribution is Chapter 4 and Appendix A]:
Http://www.Amazon.com Search for “Is Consciousness Primary?”
New Thinking Allowed ERC Interview No. 1: The Delayed-Choice Double-Slit Experiment Scheduled for release October 11
https://www.youtube.com/watch?v=ZXqRnad00dI&t=1161s