PREDICTIONS FOR THE NEW YEAR 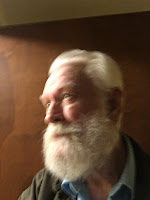 At this most wonderful time of the year, with a heart full of JOY, I am beginning to think about the up-coming new year. I’m expecting some amazing things! What do I expect?

I’m no Nostradamus, but that’s actually a good thing, because I won’t have to sniff toxic fumes and write my predictions in cryptic quatrains for fear of being put under house arrest or being beheaded.
Here are my predictions. We will see how many of them prove to be correct.

There will be at least one amazing scientific discovery that will surprise about 99% of the people in the world, and ALL of the mainstream scientists.

The left half of the country (USA) will finally accept the fact that their candidate did not win the election and that the world is not coming to an end because of it.

The right half of the country will finally realize that their candidate did not win either, and that the world is not coming to an end because of it.

The rest of us will continue getting on with our lives because we know the world is in the hands of an intelligence far greater than that of any elected official.

A scientific study will show that all far-right, and far-left thinkers are mentally unbalanced, something that the rest of us already knew.

The Academy for the Advancement of Post-Materialist Sciences will make the headlines with information that will amaze the world.

We will have proof that we are not alone in the universe.

Brian Walker’s X squared plus one will be the subject of a scholarly paper.