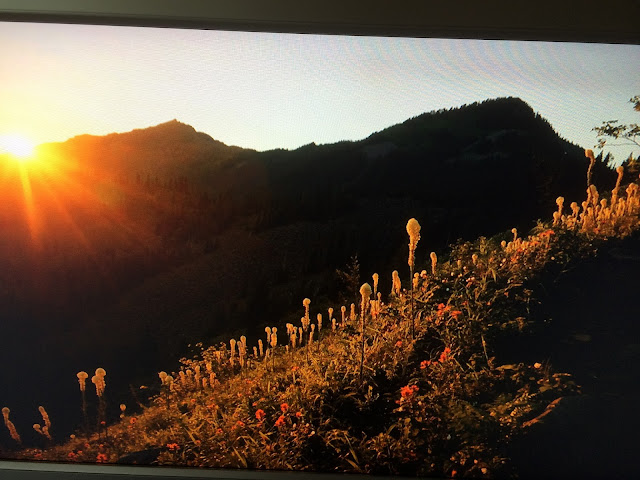 At some point, everyone who draws breath must ask the ultimate question. It comes out in many different forms: What is this all about? What is life? Where did we come from, and where are we going? What is the meaning of existence? What the (bleep)?!! What is the nature of reality? What is the answer? It is this ultimate question that is behind all human efforts to know: science, religion, philosophy…

Light is radiant energy. Its first corporeal form is the electron. The electron’s measurable and observable characteristics form the true quantum unit, the Triadic Rotational Unit of Equivalence (TRUE), the basic unit of the Calculus of Dimensional Distinctions (the CoDD), and applying the CoDD to the analysis of subatomic structure, we discover the mass-less, energy-less volumetric equivalence of gimmel, the non-physical agent of consciousness required for the stable existence of life-supporting matter. This means that the physical universe exists solely for the purpose of the expression and experience of spiritual reality.

I have applied the CoDD to the mainstream concepts of the solution to Olber’s paradox, look-back time, the red shift, the big-bang expanding universe, and constant light speed, and found that there is something wrong. If my translation of these concepts into the language of the CoDD was appropriate and accurate, - and the translation of hypotheses is admittedly the most difficult part of the application of the CoDD - then these concepts as they are currently accepted in the mainstream scientific community, are not logically consistent. The CoDD analysis shows that these concepts, taken together, do not form a logically consistent theory.

Astrophysicists tell us that space-time may be either curved or flat. If it is flat, then the universe is infinite, and the red shift is not due to motion, but rather to distance, and without outside influence, or inside organizing activity, the universe would expand to maximum entropy, as the second law of thermodynamics predicts. The Hubble telescope data so far tends to support the hypothesis of an infinite universe, because, contrary to the accepted answer to Olber’s paradox, the farther we look, the more stars we see; and even if, at the end of every line of sight there is a star, we don’t see them simply because they are too far away. If this is the reality and there is no universal organizing factor, then, as Bertrand Russell famously said, all the works of man, however great, will disappear in the great heat death of the universe. But that picture doesn’t include any consideration of the primacy of consciousness.

The only reason space-time might be other than flat, is because of the existence of content as mass and energy. In the aggregate, however, they are uniform, which would give the appearance of uniformity and again a flat universal geometry. But the existence of anything is dependent upon the existence of stars and an observer who can see them. If space-time is curved, and the curvature is uniform, then the expanding universe is an illusion, the multi-dimensional universe can only expand into itself, and everything that has happened, or will happen, is already happening now. Any constant, uniform movement of a consciously observed quantum event in space-time will eventually return to the point of origin, implying a recurring cycle in time. If the curvature is not uniform, then we have the illusion of multiple universes, and an infinite number of them. But this contradicts the definition of universe and leads to logical paradox. In all three cases, space-time, or extent, has no meaning at all without individualized consciousness, and localized consciousness depends on the existence of the conversion of light to electrons, protons and neutrons, atoms and molecules, and the organic life forms that support consciousness which organizes and animates molecules, atoms, etc.

Before you decide whether you want to accept or reject the idea that understanding the nature of light is the answer to the question of existence, let’s look at the simple equation made famous by Albert Einstein: E = mc2. Solving this equation for c, the speed of light, it becomes: c = √(E/m), the square root of E divided by m, where E is energy and m is mass. Apply this to the entire universe, and you have the true meaning of the statement “the speed of light is constant” and you’ll find that it doesn’t mean what the average person thinks it does.

At any given point in time, the speed of light radiating through space is constant everywhere in the universe for everyone, regardless of relative motion. (That’s the first assumption of Einstein’s theory of relativity.) But, the equation tells us that the speed of light is defined by the ratio of energy to matter. So, if everything were light with no mass, i.e., mass would be zero in the equation, then the universe would be expanding at an infinite speed (c = √E/0 = ∞). But, as soon as there is a particle, even one photon of light converted to an electron, c becomes finite. In the universe today, the ratio of energy to mass is such that the speed of light in a vacuum is 186,282 miles per second (299,792 kilometers per second). But, the ratio of energy to mass has not always been what it is now, producing that exact speed, and, in this dynamic universe of ours, it will not be the same in the future. In fact, there is evidence that the speed of light was greater in the past. [See J. Casado (2003). "A Simple Cosmological Model with Decreasing Light Speed".]

The passage of time depends on the speed of light, so, if the velocity of light was different in the past than it is today, and will be different in the future, then the passage of time was faster in the past, when there was less matter and more energy, and will be different in the future than it is today. Think about that for a second. What is measured on our time scale today as a million years, would only have been a few seconds at one point in the very early stages of the universe when there was very little matter. This means that when we look at light from a distant star, we can’t assume that the billions of years measured on today’s time scale, that we take to be the time it took for that light to reach our telescope, is correct. During the first part of the trip, when there was very little matter, and the speed of light was much greater, the light expanded through a lot more space in much less time. This means that the universe is much younger and much larger than we are led to think it is by assuming that light has always traveled at the same speed, and that there was a big bang.

It was recently announced that an astronomical record has been broken: Astronomers have seen a galaxy farther away in space and time than ever before. They tell us that the light reaching us from this record-breaking light source, called z8_GND_5296, left it 13.1 billion years ago, and that the picture we see of it now comes from just 700 million years after the big bang! That is obviously a conclusion based on the assumption that the speed of expanding light energy has always been what it is today. What if that assumption is wrong, as my CoDD analysis indicates?

If, as current astronomical theory has it, the universe is about 13.8 billion years old, the most distant galaxy is flying away from us at near light speed, and if the speed of light has been constant over all time since the big bang, then we have a paradox: By the time light has reached us from a source13.1 light years away, that source will have sped another 13 billion light years away, and the universe will be at least 26.8 billion years old, not 13.8! The only way this paradox can be resolved, is for the speed of light to have been much greater in the past. This conundrum was partially resolved by Astronomer Alan Guth in 1979 by what is known as “inflation theory”, proposing that the early universe underwent a period of very rapid expansion.

In 1983 Guth, published a paper describing how his supercooled-universe scenario was not ideal, as the "triggering mechanism" to exit the state of rapid expansion would require "extreme fine tuning of parameters" and he believed that a more natural solution is required. (GUTH, ALAN H. "The New Inflationary Universe". Annals of the New York Academy of Sciences. 422 (1 Eleventh Text): 1–14). The more natural solution, in my opinion, is the natural slowing of light speed predicted by my CoDD analysis. However, the quantized nature of mass and energy does suggest a non-linear, discrete multi-phase process, not a continuous one. More analysis is needed.

Application of the CoDD reveals that reality is a dynamic balance of mass, energy and consciousness (as gimmel), all of which co-exist in the universe as the three finite forms of light (photons, electrons and gimmel), congealed by the distinctive action of a primary form of awareness, which metaphorically said: “Let there be light” and light transitioned from the multi-dimensional realm of Primary Consciousness, from conceptual to existential, guided by the dimensionometry of gimmel in space-time, into the physical universe. Applications of the CoDD and dimensional extrapolation also reveal that time, like space, is three-dimensional, and that in three-dimensional time, there are no absolute beginnings or ends, only change.

In the CoDD analysis, the law of conservation of mass and energy is naturally extended to all of the substance of reality, namely mass, energy and consciousness, which are conserved in all processes. This means that the concept of nothingness is an illusion; there never has been nothing, and never will be nothing. Primary Consciousness is the substance of reality and cannot be destroyed. Its first manifestation in the physical universe is light, a vibratory form of energy that becomes gimmel, mass and physical force as it weaves the structure of the reality we experience as part of the structure, without ever losing our true nature as parts, like tiny sparks of Primary Consciousness, evolving toward reunion with the source. Light becomes electrons, electrons become quarks, quarks combine under the guidance of gimmel to become protons, neutrons, and everything else.

I believe there will always be light and shadow, energy and mass, mind and consciousness, in never-ending cycles of creation, sustained physical existence, and destruction, as a flow of consciousness from Primary Consciousness to the physical universe and back again. The purpose of existence of the physical universe is to provide a finite stage for Primary Consciousness to experience reality through drawing the distinctions of individualized sparks of awareness, - that’s us, and our purpose is to expand our awareness until we become “Gleichwertig”, the same as Primary Consciousness. And I find it encouraging and comforting that within the framework of understanding the nature of light, using our God-given minds and the primary logic of the CoDD, all meaningful questions are answerable. 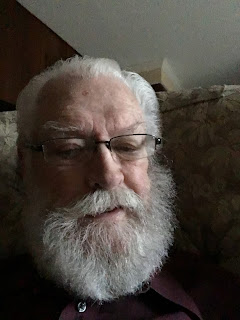