FROM A SIMPLE BEGINNING... 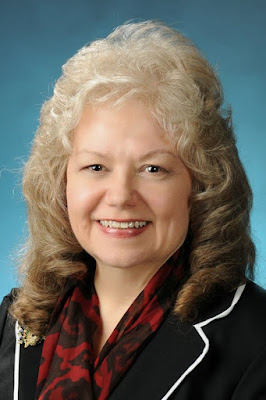 © Edward R. Close, November 24, 2016
A Brief Sharing
Like all real partners in life, Jacqui and I often take a few moments to share our thoughts. This morning I was sharing an idea about expanding the sphere of awareness. I remarked how wonderful it is that the basic ideas of the Calculus of Distinctions are so simple, and went through a brief explanation of how the simple concept of how distinction involves consciousness. When I paused, Jacqui made an important observation that I want to share with you. She said:

“That’s what you should start with.”
“I have.” I said. “I’ve published the simple basis of the CoD in papers and books.”

“No, I mean you should start every presentation with that simple explanation you just gave me. You should start every post on the TPhysics blog that way. You always get into the details of things you’re excited about, things you’ve discovered and explained, but no one can follow you if they’re not familiar with the calculus of distinctions. Without the calculus, they don’t see how you got to the point you’re talking about.”

“But most people don’t want to learn something new and complicated, especially if it sounds like ‘math’. You know everyone says that for every mention of the word mathematics, you lose 10 readers, and for every equation, you lose 100 readers.”

“Yes, but anyone can understand that simple description of the original idea of the calculus that you just explained to me.”

She was right! I had just been making the very point that it is wonderful how very simple the basic concepts of the CoD are.
So, without further ado, let’s start:

What is a Distinction?
A distinction is anything that can be set apart in any way from its surroundings. A circle drawn on a sheet of paper, for example, is a distinction. It distinguishes everything within the circle from everything outside the circle. The ability to draw a distinction between ‘inside’ and ‘outside’ is common to most if not all animals, including humans, mammals, reptiles, insects, and even simpler forms of life. A fox, for example, certainly knows the difference between being inside his den and outside in the open. The most basic feature of conscious awareness is the distinction of ‘in here’, as opposed to ‘out there’, leading, most importantly, to the distinction of ‘self’ from ‘other’; and awareness of this basic distinction leads to all sorts of experiences: experiences of pain and pleasure, the survival instinct, and other complex behavior patterns.

What is the Calculus of Distinctions?
The CoD is the formal system of logic defining the operations that allow for all possible mathematical calculations using elementary distinctions as defined above as the basic units of measurement of extent and content that describe reality. The definition of distinction necessarily involves consciousness.

Consciousness is real because I know I am conscious, and if you are reading this, you know that you are conscious. In fact, no experience of reality is possible without consciousness. But for the past few hundred years, mainstream scientists have carefully kept consciousness outside of objective reality, observing it without being a part of it. Relativity and quantum physics have both shown us that this is a mistake. Relativity reveals that mass, energy, space and time, i.e. all of the known primary measures of reality, are affected by the position and motion of the observer; and quantum physics experimental results show us that the observer is also a part of what is being observed, directly affecting the outcome of quantum mechanical experiments. The Calculus of Distinctions keeps consciousness in mathematics.

Anthropologists used to refer to human beings as “tool-making animals’, but this description has not been used much since non- homo-sapiens species have also been observed fashioning simple tools for certain specific purposes. We make tools to use to shape reality to our advantage, and some scientists, especially engineering scientists and technicians, think of mathematics as a tool invented by human beings to measure and describe reality. But pure math is not just a tool. In the post entitled “THE ILLUSION OF MATTER AND GRAVITY”, posted November 12, 2016, I made the argument that mathematics is not just a tool invented by human beings for solving quantifiable problems, pure mathematical thought is a true reflection of reality at its deepest level. The Calculus of Distinctions is a logical system conceptually prior to all other mathematical tools. Consciousness, as part of reality is an integral part of the CoD.
How does the CoD keep consciousness in the equations describing the nature of reality? By making sure it is included in the Calculus of Dimensional Distinctions (CoDD), a refinement of the CoD developed for application to quantum physics. Why has this not been done in conventional science? You only have to go back in history a little to understand why science has only recently even begun to consider the possibility of a ‘science of consciousness.’

Historical Perspective
After the Catholic Church had persecuted early scientists as heretics, e.g. burning Giordano Bruno at the stake in 1600, and trying Galileo for heresy and imprisoning him from 1633 until his death in 1642, the Church was embarrassed as scientific evidence proved that Bruno and Galileo were right. Eventually this led to a tacit agreement that the study of ‘nature’ was the jurisdiction of science and mathematics, and matters of spirit, including consciousness and the soul were to be left to the Church. After that, most scientists carefully avoided any hypothesis relating consciousness directly to the physical universe, even ignoring any evidence suggesting it. That taboo continues to this day. It is institutionalized in our colleges and universities.

Professional scientists have become the new priesthood. In their minds, they are the only legitimate guardians of truth. Anyone wanting to study subjects considered taboo or questionable by the scientific establishment, like the effects of prayer and meditation, or hypotheses concerning possible origins of humanity and the physical universe other than the theory of physical evolution from nothing to what we have now, and even the science of parapsychology, are considered misguided by most mainstream scientists.

What is the Way Forward?
We can get past the current scientific elitism and prejudice with logic and common sense. Consider the following line of thought: Suppose I draw a circle on a sheet of paper, representing a distinction, and then go on about my business. When I come back some time later, I find that the circle is still there, just like I left it. I conclude that this distinction continued to exist after I drew it, with or without my presence. If I make a ball of clay, or build a house, the same is true: they may continue to exist with or without me. And, of course, I also am aware of other apparently existential distinctions that I didn’t draw myself. There are things drawn or constructed by other conscious beings of course, and there are also other things, like mountains and seas, that are enduring ‘natural’ phenomena.

I want to raise two questions here that are not answerable in the current scientific paradigm, but that are positively answerable with the further development of the CoDD and its application to quantum physics:

(1) How could this awareness of the distinction of self from other ever arise in a reality composed entirely of matter, atoms and molecules, limited to mass and energy interacting in space and time? If we had to rely on the current scientific paradigm alone, this question would remain forever a mystery, - perhaps the greatest mystery of all.
(2) What is the origin of ‘natural’ phenomena? Could planets and galaxies exist as they do without the existence of some form of consciousness? In the current paradigm, this is not even a legitimate question. In the current paradigm, it cannot even be proposed as a scientific hypothesis because it cannot be tested, proved or disproved. Why? Because no universe can be observed and investigated without the existence of consciousness.

If you find it hard to believe that these two questions can actually be answered, consider the following:

The Proof is in the Pudding
Application of the Calculus of Dimensional Distinctions in the framework of the nine-dimensional Triadic Dimensional Vortical Paradigm (TDVP) has already yielded the following logically and/or mathematically reproducible results:

Even more explanations and discoveries are emerging from our applications of the mathematical logic of the CoDD almost daily.

Now, if TDVP only explained one of these things, like the reason the Cabibbo angle has the exact size it has, skeptics would call it a coincidence. Even if we explained two or three of these things, skeptics steeped in academic materialism might still choose to ignore TDVP because it includes things that are taboo in the current paradigm. But explaining 10 things unexplained in the current paradigm, and discovering things unknown to mainstream science with reproducible mathematics and logic should be enough to persuade the reader that we might indeed be able to answer the two questions posed above, even though they are completely unanswerable in the current paradigm.

It might also be enough to get some attention from mainstream scientists, and perhaps against their better judgement, some consideration of the possibility that TDVP may actually be a legitimate paradigm shift rather than an unconscionable heresy denying the truth of the current materialistic reductionist paradigm. Perhaps a few may even begin to consider TDVP to be a valid major paradigm shift.