NOW IT MUST BE SAID 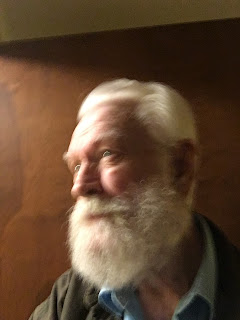 THINGS THAT HAVE TO BE SAID

Entrance into The Mind and the Brain

Where do our thoughts come from? Why do I wake in the middle of the night with a head full of ideas that come from somewhere unknown? Tonight, the thoughts that wakened me just after midnight included: “This has to be said!” As usual, the thoughts that enter my mind in this manner come in triads. Tonight, they were insistent and specific:

1)   “Wake up! This has to be said! You know what the questions are, here are the answers:”

3)   “You shall know them by the fruits of their actions!”

What were the questions? Recalling them, and the information that links the questions to the answers, was just a matter of reversing the mental process that awakened me and pulling the whole story out of the state of consciousness that I was experiencing while I was sleeping.

1) Why have people become so divided now, that both sides are expecting violence to erupt at any moment and why do they totally believe that it will be instigated by those evil people on the other side?

2) Why are some politicians, people we have elected, and some people in the media, people we used to trust, blatantly lying to us?” Are they truly evil, or are they just misguided and brainwashed by foreign entities that want to destroy our way of life?

3) How can we know who is lying and who is telling the truth?

In the last fifty years, neurologists have mapped the brain pretty thoroughly and we know that when information comes in, in the form of pulses of energy from the sense organs, is it processed and automatically directed along neural pathways in the basal ganglia of the brain that have been identified by science and are well known:

The basal ganglia are collections of grey-matter cells situated deep in the white matter of the cerebral hemispheres. There are four main groups of basal ganglia: the striatum, globus pallidus, subthalamic nucleus and substantia nigra.

These ganglia in the brain are connected by numerous neural pathways. The various inputs from the sense organs are received by the caudate nucleus and the putamen from the cerebral cortex, thalamus, subthalamus, and substantia nigra of the brainstem. The function of  the basal ganglia in these locations is to compare the incoming information with information that has been accepted previously as valid, by the conscious mind of the individual and stored in memory. The new information is either accepted as true or rejected as invalid, on the basis of these comparisons. If accepted, it is integrated as part of the model of reality existing as patterns in the mind of the individual and passed via the previously mentioned numerous direct and indirect pathways on to the globus pallidus, the main output nucleus. The globus pallidus sends the patterns of energy pulses back to the cortex via the thalamus and other structures, along the many direct or indirect pathways, forming a loop that is repeated over and over again, until the new information from the senses that has been verified, is fully integrated into the individual’s conceptual model of reality. This model, whether a true representation of reality or not, modulates that person’s thoughts and actions, both voluntary and involuntary.

The way the brain processes and validates or rejects input explains how we can become so divided. We tend to lose sight of the origin of our conscious thoughts and confuse our internal conceptual models with reality. Our conceptual models are almost always constructed from hearsay. Most of our basic ideas about reality are adopted from the beliefs of other people, mainly people that we trust as authorities because of their position in life or their stated convictions and their strength of personality, not from our own direct experience of reality. This makes us particularly susceptible to the propaganda of those who want to control people for their own personal gain. This brings us to the answers.

The Things that Have to be Said

When we judge those ‘evil’ people on the other side of the deep division that splits us apart around the world today, into those who want government to take care of us and those who don’t, we are falling into the very deep trap that has been set for us by those who are truly evil; and we have become involved in the vicious circle of confusion promoted by ‘we said - they said’ mentality. Once there, how do we know who is the evil lair, and who is telling God’s Truth? Some of us have even become convinced that ‘the truth’ is whatever we want it to be. The slippery idea that we can “re-imagine reality” has become common today. This too, is part of the cleverly evil trap that was laid especially for those of us of European descent during the presidency of Woodrow Wilson (1913 – 1921).

One hundred years later, in 2021, we actually reached the point of fruition of the evil plan, where those who dare to question the authority of government, and even mention the “God”, as a concept to be taken seriously, are immediately condemned as out of touch with “modern thinking”, stupid, and dangerous! The conspirators who put this into motion so long ago, are back among us even now, reincarnated to enjoy the fruits of their actions. Actually, they have been with us all along, gleefully watching the plan unfold, wittingly or unwittingly, as minions of Satan. Yes, my friends, Satan is real. He is to the Author of Reality as anti-matter is to matter. On this earth, he is the equal and opposite force that keeps the duality of material reality going. Of course, those of us on the other side have also been here all along, working to counterbalance the lies and keep truth alive.

In Secrets of the Sacred Cube, a Cosmic Love Story, published in 2019, Jacqui and I provided some of the details of how the opposing forces of good and evil were already playing the game that is going on today on the world stage around 500 A.D., at roughly the lowest point in the dark ages. Eventually, the forces of good will win and the forces of evil will perish because evil is always based on lies, but in the meantime, we must deal with the realities of the conflict.

The message I was asked to bring to you tonight, is that when you judge others in the heat of the battle, you are definitely playing with fire, because you may be unwittingly becoming part of the problem; but you can know who is lying and who is telling the truth by looking at the fruits of their actions. When you do this objectively, without allowing yourself to fall into the trap of judging the wrong people based on a model of reality that you have accepted from others, you will soon see who the players are on each side. When you do, you will realize that the division is not between democrats and republicans or liberals and conservatives, it is between good and evil.