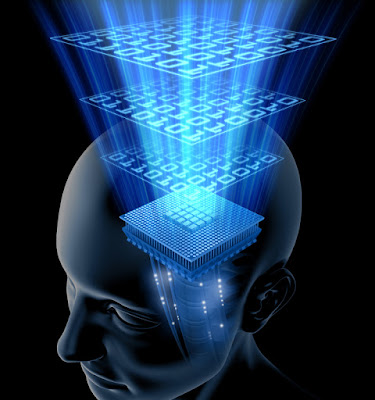 NOTE: I am posting this installment separately and in sequence in the last blogpost so that you can read it here or in context below. References to the Threshold and Expanded Consciousness are explained in Parts One and Two.

My mother was not yet twenty years old when I was born, and like any mother and child, we lived through several crises together before I was even one year old. A particularly traumatic situation occurred one day, when my mother was preparing a meal in my grandfather Close’s house. She was holding me in the crook of her left arm while moving food from the stove to the kitchen table with her right hand. Being held at a level where I could reach the table as my mother turned from the table to go back to the stove, I grabbed a bite of food, popped it into my mouth, and promptly choked on it. I was only about three months old, and the food was a piece of a tuna patty. It smelled so good to me that I literally tried to inhale it, and it completely blocked my air intake.

I remember a ladle clattering on the floor as my mother turned her full attention to me, shaking me and sticking her fingers into my mouth trying to see what was causing me to gasp for breath. When my mother’s frantic attempts to dislodge the food in my throat failed and I started turning blue, she panicked, ran out the back door, clasping me to her breast, heading for the service station next door, where my father was working. The bouncing up and down as she ran dislodged the bit of food. I spit it out, screaming in pain, and before she reached the service station, I was crying, but breathing normally again. I mention this incident in this context because it was probably my first NDE in this life, and during that brief period of time that I was forced out of the body, I saw things from an expanded consciousness point of view.

Because I was out of my body, I remember this incident vividly even though most people, including my mom, dismissed my claim of remembering it, thinking that I probably just remembered her talking about it and about how much it frightened her, some years later. I know it is a real memory however, because I have other memories from events both before and after that, with visual images of my surroundings. One of those events occurred a few months later, when we moved into my parents’ first home of their own. When, as a teenager, I mentioned that I remembered the move, my mother said: “You can’t remember that Eddie. You were only a few months old!” When I proceeded to describe details of my visual memory of things that happened, and things that were only there on that particular day, my mom had to admit that I really did remember it. I experienced several less traumatic out-of-body events after that, but, as a child, I didn’t have reason to think that they were unusual, at least not at first.

Pilot Knob Missouri, the town of my birth, was a mining town. In the hills around the valley, there were veins of iron, silver, and other rare metals along geologic contact zones, capped by quartz crystals, that the miners called “ore blossom”. It was this rare crystalline structure of the San Francois Mountains that drew me to my birth like a magnetic bullseye. It was a bullseye made of pre-Cambrian basaltic and granitic intrusions, surrounded by rings of rhyolites, dolomites, and Ordovician-age limestones. I can still remember descending from the open end of the marble hall Threshold, through a starry night toward that geologic bullseye sometime in the Earth-year 1936.

In the summer of 1946, I was nine years old. One afternoon, I was swimming in a small branch of spring water called Kuhn’s Creek about a quarter mile from where I was born. The water in the creek, coming from a number of small springs, one of which was located on my maternal grandparents’ farm, was highly mineralized, containing dissolved elements and compounds from the contact zones between the igneous intrusive rhyolites and metamorphic dolomites, marble, and limestone. I had walked across the field alone that afternoon to fish in the creek, as I often did, but in the heat of the afternoon, I had decided to cool off by wading into the cool spring water.

A sudden summer thunderstorm came over the mountains and before I could get out of the water, there was a lightning strike on the creek, just upstream of the swimming hole where I was standing up to my neck in the water. I saw the lightning strike, heard the thunderclap, and felt the electricity surge through the water, and through my body. Surprisingly, I felt no pain. Instead, I felt my consciousness expanding. I became momentarily aware of the fish in the water, a snake in a hole in the bank nearby, and the roots of the grass and trees reaching into the soil on the creek bank. When the expanded vision faded, I climbed out of the water, retrieved the stringer of fish I had caught before the storm, got dressed, and went home.

In the Fall of 1947, I was eleven years old. Sitting in a classroom during a study period, I had a significant spontaneous expanded consciousness experience. I was looking straight ahead at the big clock on the wall at the front of the room and the teacher standing behind her desk between me and the clock. Suddenly, as I breathed in, the clock, wall, and the teacher’s face expanded like balloons to the point where they filled my entire field of vision. I could see into the pores of the skin on the teacher’s face, and the second hand of the clock slowed and until it stopped moving.

Then, as the air started to flow out of my lungs, the Clock, the wall, and the teacher began to recede, slowly at first, but they continued to shrink faster and faster, until they were mere dots in the distance, and the hands of the clock moved rapidly into the future. Sounds in the room also expanded and receded in sync with the visual changes. The clicking of the second hand on the clock, for example, went from its normal volume and frequency, to slow, booming sledge-hammer-like reverberations as I breathed in, came to a complete stop, and then reversed the process as I breathed out, all the way to a rapid, faint tinkling sound, as the clock shrank, approaching a single point in the distance, when my breath was completely expelled.

This experience seemed to last only a few seconds, and I could have dismissed it as meaningless “day-dreaming”, except for the fact that it happened more than once. And at night when I was going to sleep, I experienced the same thing - a basic expansion of consciousness - in a slightly different way. With my eyes closed, I became aware that my other senses were being slowly enhanced to the point where I could feel and hear even the tiniest movements and sounds, anywhere in the house. I could hear my father’s pocket watch, an heirloom that had been handed down to him from my grandfather, ticking three rooms away. When I moved, even a little bit, the rustling of the bedsheets sounded like an avalanche.

As a natural reflex, I turned my attention inward to escape the horrendous sounds that made it impossible to sleep, and I began to hear music that seemed to be pre-existing, behind the other, outer sounds. By focusing, I could hear the individual instruments contributing to complex melodies and subtle counterpoint harmonies within beautiful symphonies! And sometimes there were marches, or sometimes soaring spiritually elevating melodies. Because these experiences were disruptive, I mentioned them to my dad, and he told me that they were like hiccups, evidence that I was growing, - nothing to worry about. It wasn’t until much later in life that I realized that these experiences were related to, and a natural part of being on the Threshold, the edge of Infinity.

After my earliest memories of the Threshold, described above, I have experienced this kind of consciousness-expansion many times during this lifetime. My life has been punctuated with numerous experiences of spontaneous expansions of consciousness from birth until the present day. I have described a few of these experiences before, but for context in this discussion, I will continue to share my memories of some of them here.