THE HUMAN CONDITION: BETWEEN HEAVEN AND HELL 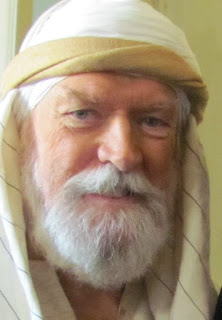 THE FININTE TOUCHING THE INFINITE

This is a follow-up, related to the previous blogpost about Self-Inquiry, which was an introductory description of the process of consciously moving from the bodily imprisonment of the self, to the boundless freedom of the Infinite Self. As you probably know, the transition is most often not an easy one. The journey of challenging experiences that characterize being a spiritually evolving human being, is both a blessing and a curse. Along with the greater freedom that comes with increased freedom of spirit, comes greater responsibility, and also, while in transition, greater uncertainty. As a human being, you are more than flesh and bone, but less than omniscient. As a conscious being, you are the personification of gimmel, a mysterious bridge between the finite and the Infinite.

Aware of your own consciousness as something separate from everything else, but intimately involved in, and attached to a physical conglomeration of organs and micro-organisms that seem to operate semi-independently, relative to your awareness of them, with limited training, you soon find yourself responsible for their maintenance and functioning as a vehicle for your consciousness. And, more often than not, you also find yourself swept up in a complex series of on-going dramas, the beginnings, meaning, and endings of which you have little or no knowledge.

In my opinion, human beings are probably the teenagers of cosmic evolution; no longer innocent babies or toddlers, completely dependent upon other, more knowledgeable beings for their nourishment and safety, but still not yet competent adult souls, either. Like most teenagers, we think we know a lot more than we really do, and without some oversight and guidance from more knowledgeable beings, we face the danger of doing serious harm to ourselves and others. I am happy to report that I have seen evidence of such guidance personally, on a number of occasions in my life, but those experiences are not the focus of this post.

Every life’s journey is a unique story, and we can only really understand what we have experienced personally. But it is important that we honor each other’s experiences and recollections, because the memories of our own unique experiences form the basis of our belief about what we are as individual beings, even though the ultimate goal of all conscious beings may be the same.  Just because I have not experienced something that you report, doesn’t mean that it isn’t real.

In my case, because of my training in this life, and in past lives, as a mathematician and philosopher of science, I tend to deal with my experiences in the belief framework of what has traditionally been known as “Natural Science”. What I want to try to do in this post is to explain how certain of my personal Near Death and Out of Body Experiences that I have described in earlier posts and publications, led to the formulation of the integrated mathematical model of reality we are calling TDVP and interpreting philosophically as Unified Monism.

The initial NDE and subsequent OBEs that I experienced in the Great Pyramid in 2010 were preceded by an unusual experience: I was standing with a small group of friends in complete darkness in the Queen’s Chamber, when a ball of light that I assumed to be static electricity, struck me and I suddenly felt the spinning motions of the physical universe. I was thrown about, and I would have collided with a wall, or fallen to the stone floor, if two other members of the group hadn’t grabbed me by my arms.  Here are some excerpts from the account of the experience that I wrote after it happened:

“The ball of light struck me on the forehead, but there was no feeling of impact. Instead, I immediately experienced extreme vertigo. I could feel the spinning of the planet on its axis. I could also feel the rushing of the Earth through space in its orbit around the Sun, the Sun moving through the Milky Way Galaxy, and the Galaxy wheeling its way through the universe. I could feel all these spinning motions at once! There was no up or down, only the sensation of a swiftly accelerating complex whirling motion. … After the ball of light struck me, and the world went spiraling out of control, I began to see lights, hear sounds and see symbols and faces. When the spinning got too intense to bear, I left the body. While out of the body, I felt no spinning, no vertigo, and the lights, sounds, symbols, and faces became clearer, but when I turned back toward my body, I began to experience extreme vertigo again, increasing to the point that I was forced to throw up. Each time I threw up, I was propelled out of the body again. While out of the body, I experienced a series of vivid visions or dreams.”

What I want to focus on here is some of the things I learned from the experiences of leaving and re-entering my body, during the OBEs, and how they contributed to the development of the mathematics of the TDVP model. As I look back at those experiences now, I realize that the specific logical procedures that led to the discovery of gimmel are mathematical representations of experiences I personally lived through for a couple of days! For example, the rotation and projection from an n-dimensional domain into an n+1 dimensional domain, which I call Dimensional Extrapolation, is a mathematical generalization of the spinning and projection out of the body that I experienced. The OBEs were experienced in dimensional domains with more mutually orthogonal dimensions than the domain we normally experience through the physical senses of the human body.

During the transitions from one dimensional domain to another, the normal feeling of stability and equilibrium that physics tells us results from standing balanced vertically in a uniform gravitational field, was replaced with the sickening experience of high-speed curvilinear accelerated motion. It was as if my internal gyroscope, or some other form of motion reciprocation normally at work in organic lifeforms on this planet to cancel the effects of the multiple rapid curvilinear motions of planet Earth, effectively stabilizing conscious perception, were turned off by the electromagnetic flux of the ball of light that struck me. As I was propelled from domain to domain to experience certain scenes and events as a helpless observer, it became clear that my OBEs were being managed by an intelligence far superior to mine. I had no control over what I was experiencing. Each time I tried to escape and return to normal consciousness, I became desperately ill, and had no option other than to observe what I was being shown.

Now, more than 10 years after these experiences, I can see how what I was shown was retained in my brain at a semi-subconscious level. Some of it has been allowed to surface in the intellectual activity of the development of the TDVP model in collaboration with Dr. Vernon Neppe. What I have been trying to do in this post is to reveal the connection between the OBEs and the development of the TDVP model. However, just now, as I am trying to bring more of the NDE and OBE experiences that occurred in March of 2010 to the surface, I am beginning to experience the same vertigo and sickness again. With a spinning headache, on the verge of becoming physically ill, I am going to stop writing now.