THE LABORATORY OF CONSCIOUSNESS 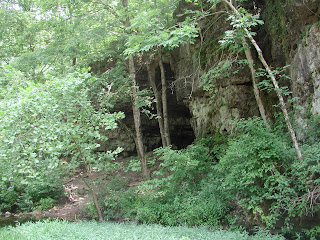 Today, as I sit and look out my office window onto the wonderful natural world around me, I realize that I have been blessed with the perfect laboratory within which to probe the depths of reality! I am referring to my own consciousness. Of course everyone has his or her own laboratory of consciousness, but not everyone realizes the potential existing in this domain for discovery!

There are several states of consciousness that we experience virtually every day, like: waking, sleeping, dreaming, focused and receptive. These states are in relation to the physical body and brain. In addition, there are several forms of expanded consciousness that we may explore, both within and outside of the physical body. There are a number of consciousness expansion techniques, developed over the millennia by people known now as Rishis, Yogis, Gurus, Bodhisattvas, Lamas, or Spiritual Masters.

Not everyone is an explorer, but if you are motivated to explore your consciousness, it is up to you to find the line of teachers and techniques that will work for you. You may want to search for a teacher, or line of teachers whose ideas sound right and reasonable to you. You can start by reading mystical religious scriptures, or the writings or pronouncements of spiritual teachers, but no one becomes an adept on any spiritual path by reading books. You can explore consciousness on your own, but unless you have been on a spiritual path for several lifetimes, it is probably not a good idea, because some states of consciousness, especially outside the physical body, or deep within the neurological network, can be frightening, and even dangerous for the un-initiated.

Having had memories of birth and pre-birth consciousness, and previous lives during which I was propelled on the spiritual path, I am a natural explorer. But I had to learn to be careful. Let me first give a physical example. I was an avid spelunker (cave explorer) from about the age of 10 or 11 years. I read books on speleology and studied techniques like rappelling and cave diving, and knew that there were many dangers. I knew full well that one should never go underground alone. But one summer day, when I was about 12, and had explored a few mine shafts and limestone caves with older friends, I was very eager to explore a cave on the Gasconade River near a resort called Ozark Springs, owned by a relative, one of my mother’s cousins.  A friend was supposed to meet me at the mouth of the cave, but when he didn’t show, I decided to go in alone.

I was so eager to explore this cave because, during a previous visit, we had discovered a side passage, accessed by crawling under a massive flowstone, that led to a whole new unexplored branch of the cave, and I was always eager to go where no one had gone before. The new branch of the cave was huge, with beautiful formations and many side passages around a main passage where a sizable underground stream flowed. Following the stream for perhaps a quarter mile, I came to a narrowing of the passageway to a vertical slit, too narrow to wriggle through, but I could see that it opened up again on the other side of the slit.

I found a side passageway, mostly blocked by a slab of sandstone about the size of an automobile, but with room to crawl under. To make a long story short, I got stuck, upside-down under that stone slab. I couldn’t go forward, and I couldn’t back up, because my knees would, of course, only bend one way! After struggling until I was nearly exhausted, and reflecting on how stupid it was to have come into this cave alone, I relaxed and turned my light out. Using a relaxation technique that I had learned in a past life as a Tibetan Lama,  I went to sleep. I slept about 15 or 20 minutes. During the nap, I had a lucid dream revealing the way out of my dilemma. When I woke, I turned over so I could bend my knees the right way, and literally did pushups standing on my head to back up and out from under the huge slab of stone.

When I got back to my cousin’s house at the resort, it was dark, and they were just forming a search party to go looking for me. I had been in the cave for more than five hours! Needless to say, I never went into any cave alone again, after that experience!

By analogy, it is possible to get stuck when exploring your consciousness outside the body, and find yourself unable to get back into your body. If this happens, you are dead, and may have to wander in the between-life state for some time before being able to be reborn, and have to go through the travails of birth, childhood, etc., again, to get back on track on your personal spiritual journey. And there are other dangers, including temporary insanity, which can be brought on by slipping into dark, negative states of consciousness, or re-living a traumatic past life.

So, the bottom line is, we are all, each one, at a different point in our own personal spiritual journey. The whole purpose of life is to learn and find our way on the spiritual path from simple awareness to Cosmic Consciousness. It is by no means as simple as this may sound! There are many, many inviting side passages that may lead somewhere, nowhere, or bring you around in a circle. But in the end, we are all on a spiritual journey, even if we don’t realize it. I don’t think Cosmic Intelligence intends for anyone to be lost forever. Be thankful that you have consciousness to explore, and enjoy the journey!