I love animals! They are so open and genuine, no phony facades, no hidden agendas, and they love you unconditionally. As long as I can remember, I’ve had deep relationships with animals, mostly canine and feline, but other species as well. All animals contain a spark of the divine, and have so much to give. From a very young age, growing up in the Missouri Ozarks, animals were part of the family. Over the years, I've loved a number of dogs and cats as long as they lived. The following are only some of them from the past twelve years or so.

Several years ago, while living on Mount Washington in Southern California, some friends rescued a dog that had been hit by a car. They had several dogs and so asked us if we could take him. They were calling him Lucky because they found him in Lucky’s Supermarket parking lot. When Lucky, a shiny, black English field spaniel,  and I saw each other from half a block away, we knew we were long-lost friends. He ran and  jumped into my arms, licking my face, his eyes saying “Where have you been? I’ve missed you so much!” 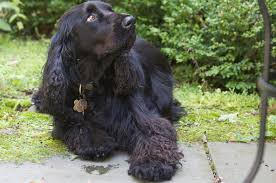 A couple years later, when I went overseas on an environmental consulting job, Lucky went to stay with friends about a mile away from our home on Mt. Washington. He was perfectly fine there until the night I flew in from The Middle East by way of Frankfurt Germany. I had been away more than three months. Jacqui picked me up at the airport and when we arrived home, about 3:00 am, Lucky was there to greet me! He had dug under the chain-link fence surrounding our friends’ yard that night, and I have no doubt that he knew the moment I touched down at LAX.

I regret that I have no pictures of Gingie, the Abyssinian – Sand cat I brought back from the Arabian Peninsula because of a computer crash, but I have many treasured memories of his unbelievable strength of character, wisdom and loving spirit. After he left the physical body at about 14 or 15 years of age, we had Jesse, the grey tabby we rescued from a spring branch in the Saint Francois Mountains. She had fallen in and couldn’t get out. She was weak from hunger and physical stress, and was clinging to a rock. A loud meee-ow caught our attention. We couldn’t believe that that volume of sound came from that tiny body! 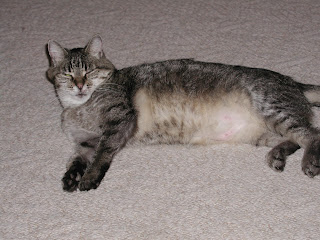 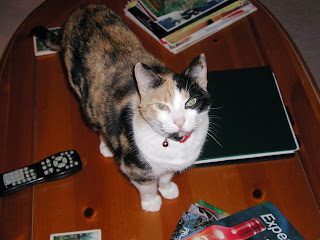 Then came Patches. I saved her from strangulation by a collar that had been put on her neck as a kitten and never loosened. Patches was afraid of nearly everyone and everything.  Friends and even strangers remarked at how she stayed always as near to me as she could, and beamed her love at me through adoring eyes until the day she passed. 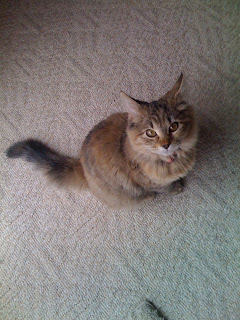 Then was Gracie, rescued from atop a roof at a car dealership in Cape Girardeau. I love animals of all kinds! 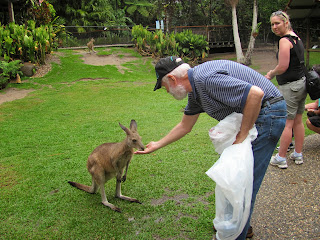